The World Bank told Reuters on Friday that its executive board unanimously approved David Malpass, the U.S. Treasury Department’s top diplomat, as the bank’s next president, continuing the 73-year tradition of an American leading the development lender. 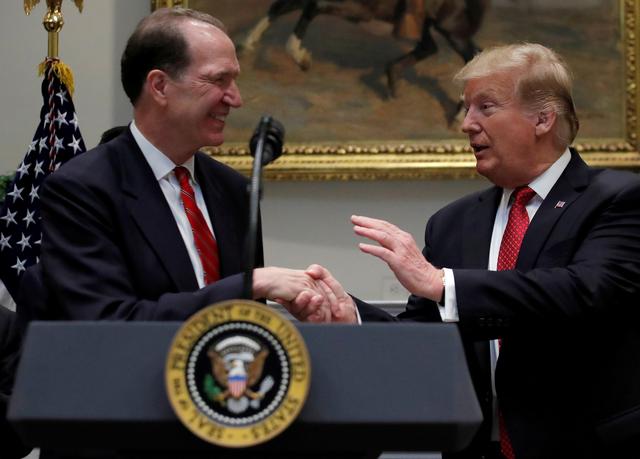 Malpass, the Treasury’s undersecretary for international affairs who advised U.S. President Donald Trump’s 2016 election campaign, was the sole candidate for the job. He will start his new role next week, during the World Bank and IMF Spring Meetings, a bank spokesman said.