World stocks inched up on Wednesday but were still below the six-month high they reached earlier this week as the prospect of the European Central Bank issuing fresh multi-year loans to banks helped offset concerns about U.S. President Donald Trump threatening more tariffs against the European Union. 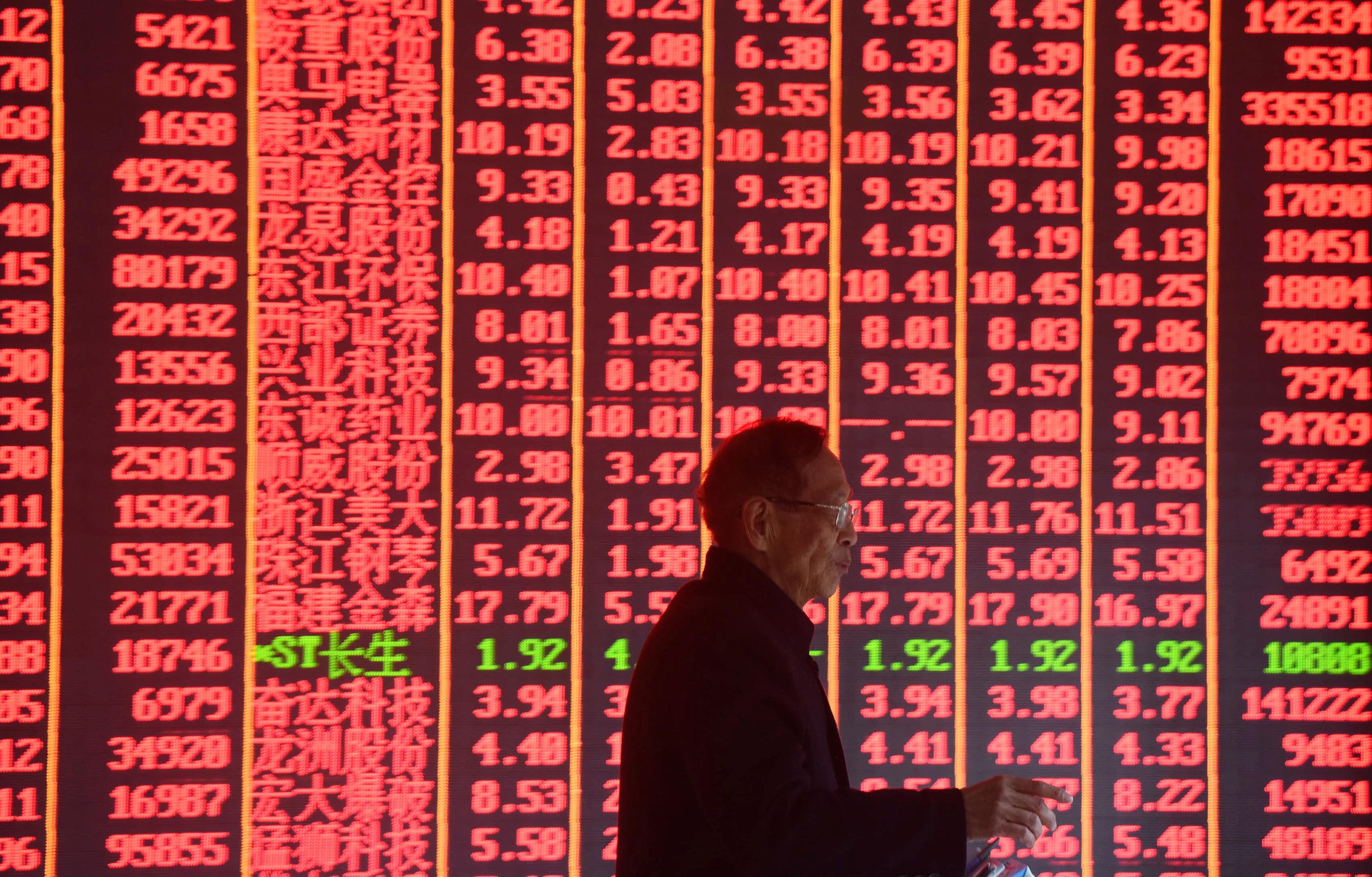 The ECB is expected to keep borrowing costs on hold but investors will focus on whether the region’s central bank provides some supportive policy when it meets later on Wednesday. The rate decision is due out at 1145 GMT.
A pan-European index of shares was up 0.3 percent, partly reversing Tuesday’s losses. Germany’s DAX rose 0.4 percent, after dropping nearly a full percent on Tuesday.
Britain’s FTSE was little changed ahead of a summit between Prime Minister Theresa and the European Union where a Brexit extension until the end of the year or until March 2020 was looking like the most likely outcome, EU diplomats said.
Trump threatened on Tuesday to impose tariffs on $11 billion worth of EU products in a long-running dispute over aircraft subsidies, opening a new front in his global trade war.
Asian stocks fell and the MSCI world equity index, which tracks shares in 47 countries, dropped below the six-month low reached earlier in the week. U.S. stock index futures pointed to firmer open for Wall Street.
Investors will be focused on the U.S. consumer price data for March to be released at 1230 GMT. Inflation rose for the first time in four months in February.
“Risk assets have been threatening to take their foot off the pedal in recent sessions and yesterday we finally saw that with a delayed reaction to the U.S.-EU tariff headlines,” said Deutsche Bank’s chief market strategist Jim Reid.
Earlier, MSCI’s broadest index of Asia-Pacific shares outside Japan dropped 0.1 percent, a day after rising to its highest since Aug. 1.
The Shanghai Composite Index fell 0.4 percent and Japan’s Nikkei lost 0.7 percent.
The ECB is “going to come out with some more details on the TLTRO,” said Francois Savary, chief investment officer at Prime Partners, referring to cheap loans to banks called targeted long-term refinancing operations. “The global picture has been set, now we are waiting for the details about what they do and if they are going to speak maybe about the adjustment of the negative interest rate policy on reserves.”
Central banks, including the ECB, have turned dovish this year on worries about slowing growth. On Tuesday, the International Monetary Fund cut its forecast for world economic growth and said a sharp downturn could require world leaders to coordinate stimulus measures.
Global debt yields held mostly steady, with the 10-year German Bund yield little changed around the zero percent mark.
In a possible sign of demand for bonds, Saudi Aramco is set to raise $12 billion with its first international bond issue after getting more than $100 billion in orders. It was a record-breaking vote of confidence by investors despite the murder of Saudi journalist Jamal Khashoggi in October.
Major currencies were little changed before a European Union summit and the ECB meeting.
EU leaders are likely to grant British Prime Minister Theresa May a second delay to Brexit, but they could demand a much longer extension as France pushed for conditions to limit Britain’s participation in EU affairs.
FILE PHOTO: A man is seen in front of an electronic board showing stock information on the first day of trading in the Year of the Pig, following the Chinese Lunar New Year holiday, at a brokerage house in Hangzhou, Zhejiang province, China February 11, 2019. REUTERS/Stringer
The euro held at $1.1274, extending its slow recovery from a four-week low of $1.1183 touched on April 2. The British pound was at $1.3095. The dollar was flat at 111.19 yen, having fallen 0.5 percent so far this week.
Oil prices remained near Tuesday’s five-month highs as fighting in Libya raised supply disruption concerns.
U.S. crude futures stood at $64.45 per barrel, up 0.8 percent after rallying to a five-month high of $64.79 on Tuesday. Brent crude futures were at $70.96 per barrel and in reach of Tuesday’s five-month peak of $71.34.