Hopes for progress in Sino-U.S. trade talks and expectations of policy stimulus from central banks lifted world stocks to 2 1/2- month highs on Monday, though European gains were held back by concern over the outlook for auto makers. 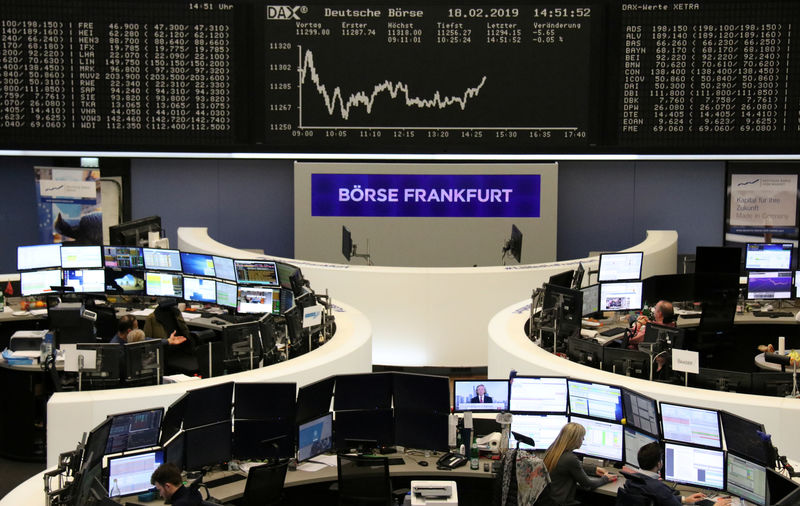 The Dow and the Nasdaq had boasted eight consecutive weeks of gains on wagers the United States and China can resolve their protracted trade dispute. [.N]

Negotiations will resume this week, with U.S. President Donald Trump saying he may extend a March 1 deadline for a deal. Both sides reported progress at last week’s talks in Beijing.

The mood was more subdued in Europe, where a pan-European equity index inched to a four-month high. Gains were capped by auto makers, who were hit by data showing Chinese car sales fell 16 percent in January, their seventh straight month of decline.

The autos index, a bellwether for Europe’s economy, fell 0.4 percent. The industry was also weighed down by fears that a U.S. Commerce Department report would lead to tariffs on imported cars and auto parts. German shares slipped 0.1 percent lower.

“The optimism on trade has been strong, but the underlying economic data has been a lot of weaker – so you have some push and pull factors,” said David Vickers, senior portfolio manager at Russell Investments. Much focus was now on flash PMI data due out this week, he said.

“As the bounce-back from the December lows fades … the fundamentals now reassert (themselves),” Vickers added.

Bad economic data has fueled expectations that the world’s most powerful central banks would deliver reflationary policies and provide support for markets.

The need for stimulus was highlighted by data showing a slide in Singapore exports and a big drop in foreign orders for Japanese machinery goods.

Beijing is already taking action, with China’s banks making the most new loans on record in January in an attempt to revive sluggish investment.

Minutes of the Federal Reserve’s last policy meeting are due on Wednesday and should provide more guidance on the likelihood of rate increases this year. There is also talk the bank will keep a much larger balance sheet than previously planned.

“Given the range of speakers since the January meeting who support `patience’, the Fed minutes should reiterate a dovish message overall,” analysts at TD Securities said in a note.