World stocks rallied to six-month highs on Wednesday, thanks to signs of progress in U.S.-China trade talks, reassuring economic data and hopes of a softer Brexit, helping push Germany’s 10-year bond yield back above zero percent. 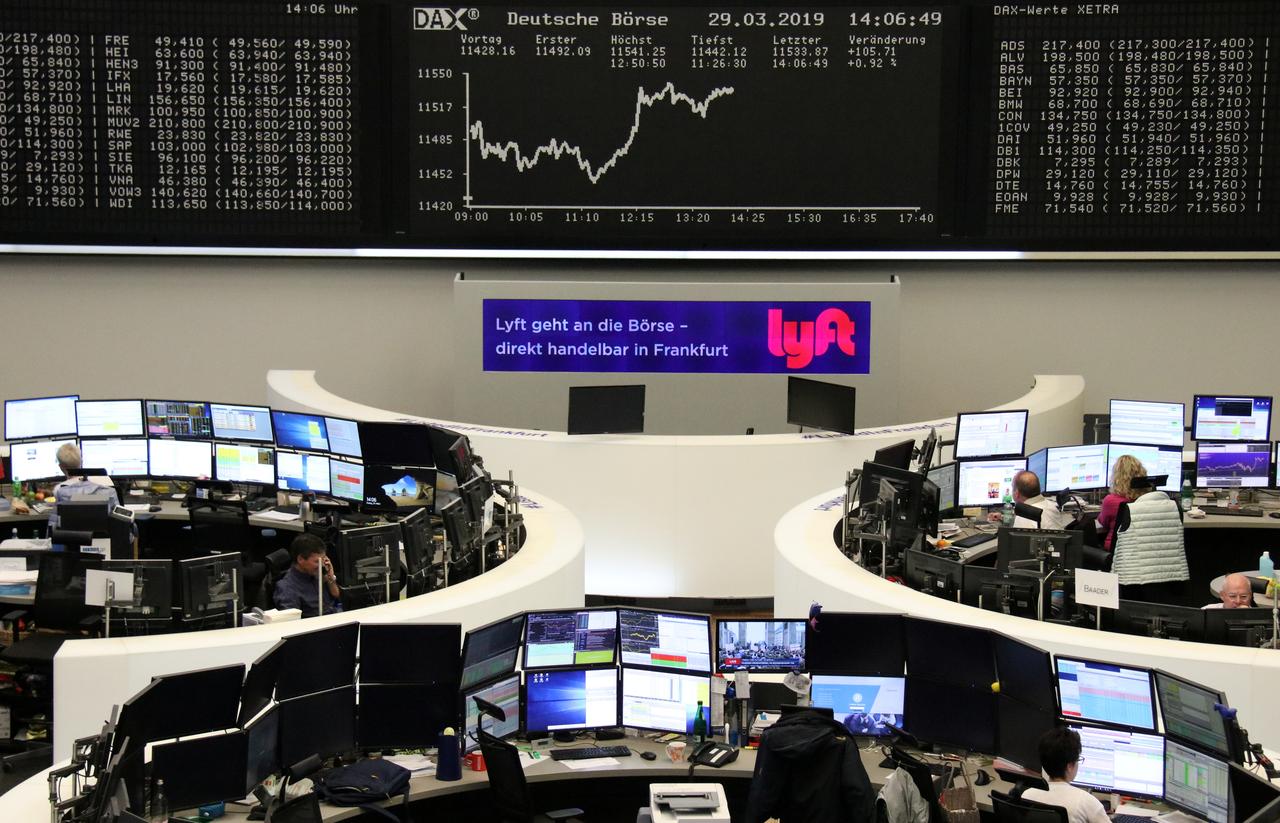 Signs of progress in U.S.-China trade talks and decent Chinese and U.S. factory activity data in recent days has lifted sentiment and taken the edge off world recession fears.

Europe’s stock markets rose to their highest since August, while MSCI’s broadest index of Asia-Pacific shares outside Japan climbed to a seven-month peak.

That left the MSCI world equity index at a six-month high, while U.S. equity futures pointed to a solid start for Wall Street shares.

Chris Bailey, European strategist at Raymond James said, “What we’re seeing is that markets have climbed a wall of worry but there is progress on trade, a recession is unlikely, central banks have made nods to more dovish policy. If you put that into the mix I’m not surprised risk assets have moved up.”

Germany’s stock market rose over 1 percent to its highest level since October, while French stocks scaled a similar high. A firmer pound, however, weighed on London’s FTSE index, which was flat on the day.

Hopes for a deal to end the trade war between the world’s two largest economies were meanwhile fanned by fresh comments from White House economic adviser Larry Kudlow that Washington expects “to make more headway” in talks this week.

“We’re being told that we’re 90 percent of the way there which is obviously encouraging but the final 10 percent — which apparently includes the enforcement mechanism and the removal of tariffs — could take some time to iron out,” said Craig Erlam, senior market analyst at Oanda in London.

“Investors are happy to be patient here in the hope that the two sides get this right and put an end to a trade war that has clearly taken its toll on markets.”

Germany’s benchmark 10-year Bund yield rose to 0.01 percent, having hit a 2-1/2 year low at around minus 0.09 percent a week ago. Britain’s 10-year gilt yield jumped 7.5 basis points to 1.08 percent, heading for its biggest daily jump in three months.

Oil prices rose for a fourth day, pushing Brent toward a nearly five-month high of $70 a barrel as support from OPEC-led supply cuts and U.S. sanctions overshadowed a report showing an unexpected rise in U.S. inventories.[O/R]

Sterling rose further as traders welcomed news that Britain’s May would begin cross-party talks with the opposition Labour party as a signal that Britain will end up with a “softer” exit from the European Union.

The pound strengthened 0.4 percent to $1.3196, its highest since March 28. The British currency had slipped below $1.30 on Friday on growing fears of a no-deal Brexit.

Cryptocurrency bitcoin, which surged 18.7 percent on Tuesday following a major order by an anonymous buyer, added another 1.2 percent to $4,961.20.