Oil-rich Rivers State governor, NyesomWike, says with the appointment of NgoziOkonjo-Iweala as the director-general of the World Trade Organisation (WTO), the world has entered a new epoch, and a beacon of hope for Nigeria, where Okonjo-Iweala served as finance minister and coordinating minister of the economy. 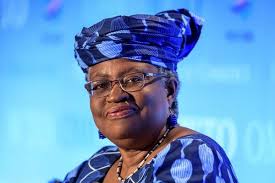 Governor Wike, in a statement signed by his special assistant on media, Kelvin Ebiri, said the appointment of Okonjo-Iweala, with a PhD in development economics, a one-time chairman of former president Goodluck Jonathan’s economic team to lead the WTO, portends hope for Nigeria, whose economy has received its worst bashing in a quarter-of-a-century, and currently in its second recession in five years.

“I’m quite confident that DrOkonjo-Iweala, who has distinguished herself as a renowned economist, and contributed to the economic successes of many nations, will usher in a new era in the WTO,” Wikesaid in Port Harcourt, the Rivers State capital on Monday.

Okonjo-Iweala, a former World Bank managing director, was confirmed the director-general of the world trade body following a statement by the WTO on Monday.

He said the new director-general of the WTO throughout her career both at the World Bank and as Nigeria’s minister of finance, had consistently demonstrated an exceptional taste for transparency, and passion for equity.

“Having served in the Federal Executive Council (of Nigeria) with DrOkonjo-Iweala, I am confident that she will remain committed to her principles of transparency, accountability and equity, which the world is yearning for,” the Rivers chief executive said.

He congratulated Okonjo-Iweala on behalf of the government and people of the state, describing her as a “beacon of hope for our dear nation.”

Myung-hee made the decision to withdraw her candidacy after discussions with the U.S. and other major nations, a statement from South Korea’s trade ministry said last Friday.