Faced with increasing competition, the leading accelerator is making start-up know-how widely available as it searches for the next Airbnb. 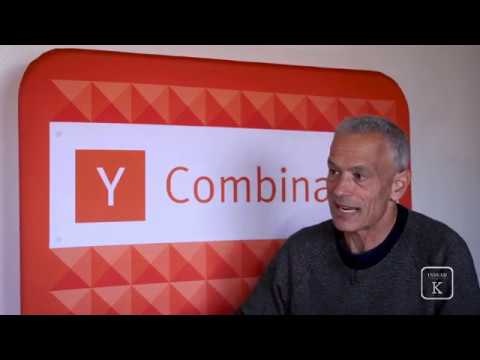 Last summer, Y Combinator (YC), the original start-up accelerator that has invested in more than 2,000 fledgling firms with a combined value of US$150 billion, sent acceptance emails to 11,000 of 15,000 applicants to its Startup School instead of the estimated 4,000 originally intended. Rather than jettisoning the surplus applicants, the company that nurtured the likes of Airbnb, Dropbox, Reddit and Quora decided to keep everyone on board.

This year, YC will likewise accept all applicants to Startup School, a 10-week, free-of-charge massive open online course (MOOC), supplemented with virtual office hours and access to 15,000 founders worldwide. An unannounced number of those who complete the programme will be given a US$15,000 grant. As YC President Geoff Ralston, an INSEAD alumnus, told me in a recent interview, “It’s part of our goal to maximise the amount of entrepreneurship and innovation there is in the world.”

YC is casting its net wider to catch the most promising start-ups in an increasingly crowded ecosystem. Founded in 2005 and based in Mountain View, California, YC pioneered the start-up accelerator model that is now replicated around the world. Accelerators – so named for their purpose of accelerating the growth of start-ups – offer early-stage companies cohort-based, intensive mentoring for a fixed term of typically three to six months, culminating in a “demo day” for potential investors. Accelerators take a stake in the start-ups in exchange for seed funding, although some recent entrants take no equity, surviving instead on public funding or corporate sponsorship. The acceptance rate at YC’s classic acceleration programme, which is different from its online Startup School offering, is 1.5 percent, earning it the nickname ‘Harvard of Silicon Valley’.

But similar propositions are now offered by many accelerators that have sprung up around the world since 2010, albeit on a less massive scale than YC or its closest American competitors such as Techstars, AngelPad and 500 Startups. As of 2016, there were 579 accelerators funded by private corporations or governments worldwide, 32 percent more than the year before, according to a widely cited report by fundraising management platform Gust. Prominent non-American players include Startupbootcamp in London and Chinaccelerator in Shanghai. The number of countries hosting accelerators had also grown by 10 to a total of 68.

Even as accelerators proliferate, entrepreneurial activity in the United States has only in recent years begun to rebound from the pits of the 2008 financial crisis, the most recent study by the Kauffman Foundation shows. Meanwhile the rest of the world is catching up, says Harvard Business Review. US firms no longer monopolise venture capital investment like they did up until the mid-1990s; the epicentre of entrepreneurial activity is spreading from the US to Europe, the Middle East, China and India. Beijing, Shanghai, London, Hangzhou and Bangalore now account for half of the top 10 cities for venture capital investment each year, with Beijing taking 14.2 percent of the global pie, just slightly behind San Francisco with 16 percent.

Staying ahead of the curve

Yet, despite increasing competition from other accelerators, YC continues to dominate the field with a network of 4,000 founders under its core in-person accelerator programme and track record for spotting unicorns in the making. Startups that have graduated from YC since 2005 are valued at over US$150 billion. The company’s closest rivals do not reveal similar total valuation figures; AngelPad, for example, only says that almost 10 percent of its start-ups are valued at over US$100 million.

YC developed its Startup School out of an online course taught by Sam Altman, YC’s ex-President, into a MOOC in collaboration with Stanford University in 2017. While aspiring entrepreneurs have their pick of other start-up MOOCs, such as Udacity’s How to Build a Startup and University of Leeds’s Starting a Business, YC’s cachet has pulled in between 13,000 and 15,000 applicants to Startup School each year since the course was launched. Completion rates have hovered at about 50 percent, far exceeding the single-digit figure for the average MOOC.

It is perhaps unsurprising, then, that the Winter 2019 cohort of YC’s in-person, bi-annual core accelerator programme was the company’s biggest and most diverse so far, with more than 200 applicants accepted. Forty percent of the start-ups were based outside the US and 36 countries are represented. Some 24 percent of the companies have a female founder and 13 percent of all founders are women.

Not all accelerators are created equal

Accelerators may have mushroomed in many countries, but they are no less susceptible to churn than the start-ups they work with. Many have fallen by the wayside before ever having had much success, let alone raised a unicorn. The reason is that the cash-for-equity model, where accelerators exit or sell their stake in start-ups they invested in, takes years to bring in returns. The Gust survey showed only 7 percent of accelerators in Asia Pacific reported revenue from exits as their main source of revenue in 2016. Accelerators have been exploring new income channels including charging for mentorship, subletting office space, hosting events and working with corporations.

In smaller markets like Singapore, there are simply not enough quality start-ups to go around as the growth of accelerators in the city-state has outpaced the growth of start-ups in recent years. As a result, even quality accelerators such as muru-D and JFDI.Asia have closed.

Opinions differ on whether the traditional start-up model will continue to grow globally, or whether the ecosystem is ripe for consolidation and change. Whichever the case may be, accelerators must evolve and respond to shifting market conditions. Just ask Y Combinator.

Claudia Zeisberger is a Senior Affiliate Professor of Entrepreneurship & Family Enterprise at INSEAD and the Academic Director of the school’s Global Private Equity Initiative. She is the author of Mastering Private Equity: Transformation via Venture Capital, Minority Investments & Buyouts and Private Equity in Action: Case Studies from Developed & Emerging Markets. She would like to thank Geoff Ralston for making time for this interview in San Francisco earlier this year.