December festive activities played a big role in putting a stop to the steady decline that has headlined  Nigeria’s inflation figures for eight consecutive months (April to November). 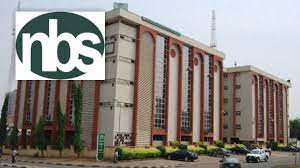 Latest inflation numbers for December released by the National Bureau of Statistics (NBS) showed the impact of those activities with a rise of 0.23 percent to 15.63 percent in December 2021 from 15.40 percent recorded in November last year.

Muda Yusuf, an economist and chief executive officer of the Centre for the Promotion of Private Enterprise (CPPE), said the surge is the result of a number of factors, including, increased consumer spending during the December festivities, exchange rate/currency depreciation, liquidity challenges in the forex market impacting adversely on manufacturing output, security concerns affecting agricultural output, high transportation costs, high energy cost and  high import duty on intermediate goods and raw materials.
Yusuf, the immediate past director general of the Lagos Chamber of Commerce and Industry (LCCI), also said high inflationary pressures have been a major concern to stakeholders in the Nigerian economy.

The impact of the December festivities appear to have been very strong as all aspects of inflation measurement saw a rise. For instance, on a month-on-month basis, the NBS reported that the headline index increased to 1.82 percent in December 2021, 0.74 percent higher than the 1.08 percent rate recorded in November 2021.
On a similar trend, the urban index rose to 1.87 percent in December 2021, 0.75 per­cent points higher compared to 1.12 percent t recorded in November 2021, while the rural in­dex  climbed to 1.77 percent in December, 2021, 0.73 percent points higher than 1.04 percent recorded the previous month.
The food sub-index also posted a month-on-month  increase to 2.19 percent in December, 2021, 1.12 percent points higher  than 1.07 percent recorded in November, 2021.
The NBS further disclosed that core inflation which excludes the prices of volatile agricultural produce stood at 13.87 percent in December 2021, 2.50 percent higher when compared with 11.37 percent recorded in December, 2020.
Simon Harry, the statistician general of the federation, commenting on the change in the declining trend experienced in previous months, explained that the increase in prices of goods and services was likely due to increased demand during the month under review, which was a festive season.
Harry further stated that the rise in the food sub-index was as a result of increases in prices of bread and cereals, meat, fish, potatoes, yam and other tubers, soft drinks, and fruit.
Muda Yusuf of CPPE said this has implications for businesses and the population at large, noting especially that it would result in escalation of production and operating costs for businesses and erosion of profit margins, weak manufacturing capacity utilisation, higher food prices which would impact negatively on citizens welfare and exacerbate poverty level.
To effectively address the inflationary pressures, Yusuf urged the federal government to reform the foreign exchange market to stabilise the exchange rate and reduce volatility; tackle forex liquidity issues through appropriate policy measures and address the security concerns causing disruption to agricultural activities.
He further enjoined the government to create an investment-friendly tax environment, address concerns around high energy cost,reduce fiscal deficit financing by the CBN to minimise the incidence of high-powered money in the economy, reduce import duty on intermediate products and raw materials for industries to reduce production costs.
Businessamlive Website Stats