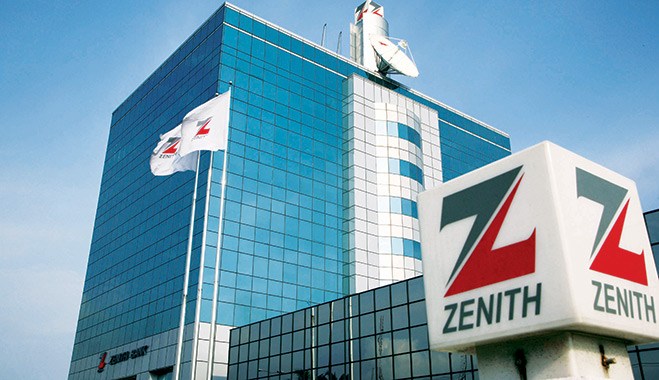 Zenith Bank Plc recorded a sum of N58.7 billion as profit before tax for the quarter ended March 31, 2020, the lender has disclosed.

According to its unaudited account showing its financials for Q1, 2020, filed at the Nigerian Stock Exchange (NSE), the PBT represents a rise by 3 per cent relative to the comparative period of 2019.

After fulfilling its tax obligations running into N8.262 billion, 17 per cent higher than N7.059 billion paid in taxes in the same period of 2019, the bank settled for a profit after tax (PAT) of N50.526 billion.

The increased profits benefited from the twin effects of continuing top-line growth and focused cost-of-funds optimisation.

Despite this drop, the low yield environment necessitated the repricing of interest-bearing assets which in turn resulted in a 13 per cent compression in net interest margin, decreasing from 8.9 per cent in March 2019 to 7.7 per cent in the current period.

The Zenith Bank group also recorded a 6 per cent increase in Gross Earnings from N158.1 billion in March 2019 to N166.8 billion for the period.

This top-line growth was driven by the 43 per cent expansion in non-interest income from N32.7 billion in the prior-year period to N46.6 billion in March 2020.

Similarly, customer deposits increased by 5 per cent from N4.26 trillion in December 2019 to N4.46 trillion in the current period.

Among others, the bank was also recognised as Bank of the Year and Best in Retail Banking at the 2019 BusinessDay Banks and Other Financial Institutions (BOFI) Awards.