The National Pension Commission says it has recovered pension contributions and interest totalling N564.67million from defaulting employers during the third quarter of 2018.
The Commission, in its 2018 third-quarter report posted on its website, said it engaged the services of recovery agents to recover the outstanding pension contributions and penalties from the defaulting employers.
PenCom said the affected employers were issued with demand notices to remit the outstanding pension contributions after their liabilities had been established by the agents.
According to PenCom, some of the employers had remitted the outstanding contributions and penalty.
It said the recovered contributions in the quarter represented a principal contribution of N199.01 million and a penalty of N365.67 million.
This, PenCom said, brought the total recoveries made to date to N14.95 billion, comprising principal contribution of N7.62 billion and penalty of  N7.32 billion.
On transfer of Nigeria Social Insurance Trust Fund contributions to members Retirement Saving Account, PenCom said 741 NSITF applications totalling N46.50 million was received, processed and the amount transferred to RSAs of members.
According to the commission, N9.82 billion has been transferred to the RSAs of 136,578 NSITF contributors to date.
On monthly NSITF scheme pensions, the commission processed pension payments totalling N59.00 million for 3,470 NSITF pensioners during the quarter.
It said the total pension payment to NSITF pensioners’ was N4.32 billion during the quarter under review.
It further said the total monthly pension contribution made by contributors from both the public and private sectors was N4.94 trillion.
This, it said, showed an increase of N171.74 billion, representing 3.60 per cent over the total contributions made at the end second quarter 2018. 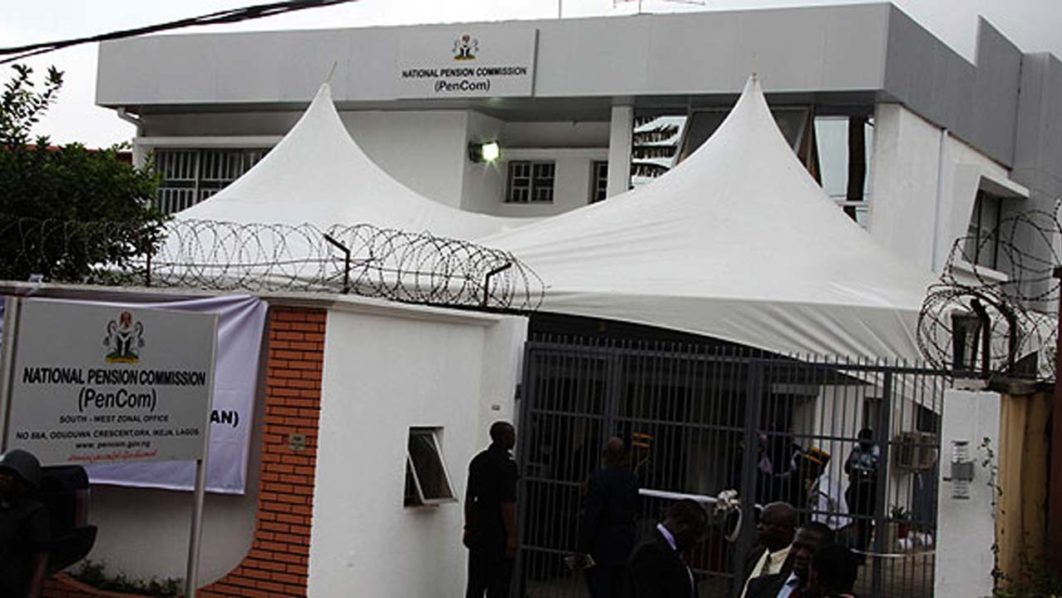 It said a review of the aggregate total contribution showed that 50.85 per cent of the contributions came from the public sector, while the private sector contributed the remaining 49.15 per cent.
It, however, said contributions from the public sector amounted to 45.71 per cent of the total contributions received during the third quarter while the private sector contributed 54.29 per cent during the same period.
According to the commission, the aggregate total pension contributions of the private sector increased from N2.33 trillion as at second quarter of 2018 to N2.43 trillion in third quarter 2018.
This, it said, represented a growth of 3.99 per cent, whereas, the aggregate total pension contribution of the public sector increased by 3.23 per cent from N2.43 trillion to N2.51 trillion over the same period.
On implementation of Contributory Pension Scheme by state governments, PenCom said state governments continued to make progress in the level of implementation of the CPS.
“As at the end of the third quarter of 2018, 24 states of the federation had enacted laws on the CPS while six states were at the bill stage.
It, however, said five states had decided to adopt a pension scheme other than the CPS.
“In this regard, two states had already drafted pension reform bills that are undergoing legislative processes, one state had not commenced reforming its pension system.’’
Apart from state governments, enacting laws on the CPS, the commission said 12 out of the 36 states had commenced remittance of contributions into the RSAs of their employees.
It, however, said eight states had commenced the funding of their Retirement Benefit Bond Redemption Fund Accounts.

Positivity breathes on the equities as buying interests in MTN, FBN, Guinness pushed in ASI northward