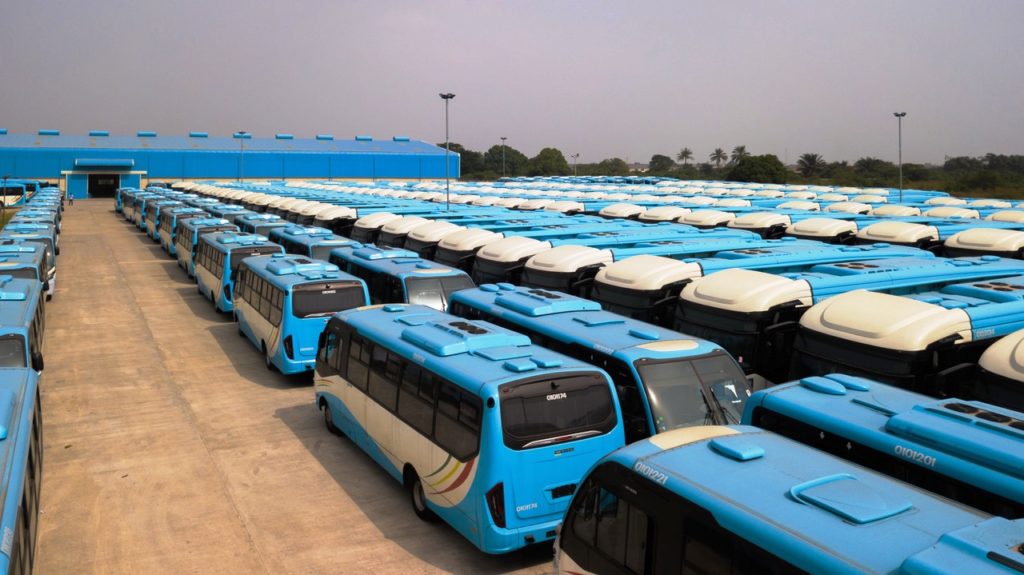 form project,  to roll
out 820 high and medium capacity buses immediately after the general elections.
According to him, the initiative is part of the long term plan of
his administration to redefine public transportation system in Lagos
with the injection of modern buses and terminals targeted towards
transforming the way residents commute from one point to another as
well as rev up the State’s economy.
He said that “The idea is if we are able to show good example — and we
have procured these buses with our own money — the private sector can
join hands with us and start to procure those additional buses that
will take it to 5,000, while government can also procure more and by
so doing, we would have had assembling plant in Lagos and create job
opportunities for the people.
Ambode further explained that although the 5,000 buses would not be
enough for the state, but government is showing good example and
creating the conducive atmosphere to allow the private sector come in
and participate in the whole arrangement.
he said The 820 buses, which have already been delivered, are equipped
with cameras, USB point, internet, television, and special spaces for
physically challenged, pregnant women and the aged, among
Businessamlive Website Stats