Again, events in the nation’s banking industry are about to turn full circle to the 2004/2005 era when the first regulatory induced recapitalization exercise took place, streamlining about 88 semi-strong as well as weak banks into about 15 well capitalised and strong banks. 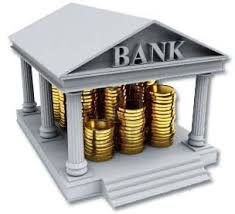 The variables that influenced the game-changing recapitalization and bank consolidation programme back then are the same today. With about N8.1 trillion bad debt portfolio that the industry carries, coupled with weak and eroded capital base, huge foreign exchange exposure to the oil and gas industry, it could not have been anything other than recapitalisation if another round of systemic distress is to be averted.

While unveiling his five –year action from now to 2023, reappointed CBN governor Godwin Emefiele underscored the need for stability of the bank system, public confidence in the sector and above all, the need to strengthen the banks to be able to take on large ticket transactions. According to him, the 2004 recapitalisation undertaken by former CBN governor, Charles Soludo has weakened, substantially.

His words, “In the next five years, we intend to pursue a program of recapitalising the banking industry so as to position Nigerian banks among the top 500 in the world. Banks will therefore be required to maintain higher level of capital, as well as, liquid assets in order to reduce the impact of an economic crisis on the financial system.

“It was governor (Chukwuma) Soludo, in 2004 who did the last recapitalisation we had. Moving the capitalisation from N 2 billion to N 25 billion. I must commend that effort because it resulted in positioning Nigerian banks, not only in Africa, but to become among top banks in the world, in terms of capitalisation.

“What we are trying to say is that the capitalisation has weakened quite substantially and there is need for us to say it is time for us to recapitalise Nigerian banks again. It is a policy thrust which will be discussed at the committee of Governors’ Meeting and of course the frame work for the recapitalization of Nigerian banks would be unfolded for the whole world to know.”

The governor said that in the next five years, his team would work closely with the fiscal authorities to ensure a stable macro-economic stability, double-digit growth, single-digit inflation and greater access to finance for businesses.

Emefiele said, “Working closely with our fiscal authorities, we pledge to target a double digit growth by the next five years and at the CBN, we commit to working assiduously to bringing down inflation to single digit; while accelerating the rate of employment.

“Put succinctly, our priorities at the CBN over the next 5 years are the following; First, preserve domestic macroeconomic and financial stability; Second, foster the development of a robust payments system infrastructure that will increase access to finance for all Nigerians thereby raising the financial inclusion rate in the country; Third, continue to work with the deposit money banks to improve access to credit for not only small holder farmers and MSMEs but also consumer credit and mortgage facilities for bank customers.

“Our intervention support shall also be extended to our youth population who possess entrepreneurship skills in the creative industry.” On the management of the foreign exchange, he said , “We will continue to operate a managed- float exchange rate regime in order to reduce the impact which continuous volatility in the exchange rate could have on our economy”

CBN, the governor said, would support measures that would increase and diversify Nigeria’s exports base and ultimately help in shoring up our reserves, particularly by supporting domestic industries and creating jobs on a mass scale for Nigerians. The Governor said, “We intend to aggressively implement our N500bn facility aimed at supporting the growth of our non-oil exports, which will help to improve non-oil export earnings.

However, some financial industry analysts have called for caution during the recapitalization exercise to avoid  creating unintended and dysfunctional outcomes. While the Chartered Institute of Bankers of Nigeria (CIBN) lauded the plan, saying it would strengthen the banks to compete  and be competitive internationally, some stakeholders said it would bring both the good and the bad. Some say it is a doubled edged sword.

Segun Abidoye, an analyst at FBNQuest said: “While on the one hand, enhanced capital buffers will translate to improved stability of the financial sector, adding capital, by extension, will likely result in a reduction in banks’ ROAEs post-recapitalisation. It is impossible to provide extensive commentary on the ROAE reduction risk given the absence of a numeric recapitalisation target.

However, assuming the banks are required to increase their capital base by c.N50bn i.e. an absolute increase, and credit extension remains within our forecast trajectory, we expect to see an average ROAE reduction of c.100bps.

“A relative increase is more likely, keeping with the Basel Accord trends. All things being equal, Nigerian banks should be able to take on transactions of larger sizes. We also expect the drive for financial inclusion by the CBN and the imminent kick-off of payment service banks (PSB) to result in pressure for the banks on the e-payment front due to increased competition from Telco-backed PSBs. We should add that the financial inclusion target appears aggressive”, they said.

While lauding the CBN’s objective of achieving double-digit growth, they however said a potential downside risk to the objective is a slump in oil prices, particularly against the backdrop of limited diversification of government revenues.

Muda Yusuf, director general of the Lagos Chamber of Commerce and Industry lauded the plan but called for caution.

“ The idea of recapitalization of banks is not a bad idea.  It would strengthen the capacity of banks to support the economy better, especially with regards to large projects.  It will also be beneficial in bolstering the capacity of the banks to withstand macroeconomic shocks.

“However, the recapitalization programee should be undertaken in the manner that would not inflict damaging disruptions to the banking system.  The process must be properly thought through to ensure minimum shocks on the financial system. Care should be taken not to trigger a confidence crisis in the banking system”, he said.

One thing, though, there is a consensus that the exercise will strengthen the banks and make them more resilient to shocks and external volatilities which they are currently barely able to absorb.