As the TWA Hotel opens at J.F.K., airports are betting they can capture fliers at design-focused on-site lodgings.

SOLD OUT ON ITS opening night, May 15, the new TWA Hotel at John F. Kennedy International Airport, in the former 1962 TWA Flight Center designed by the architect Eero Saarinen, will have 512 mid-century-furnished rooms, an infinity pool and lounge on the roof, a shop from the Detroit-based watchmaker Shinola and a restaurant by the chef Jean-George Vongerichten.
Nostalgia for both the period architecture and a defunct airline once considered the carrier to the stars is expected to be as much a driver of bookings as are Kennedy fliers enduring long layovers. But the TWA hotel is not alone among a new generation of airport hotels getting upgrades in style and amenities across the country. 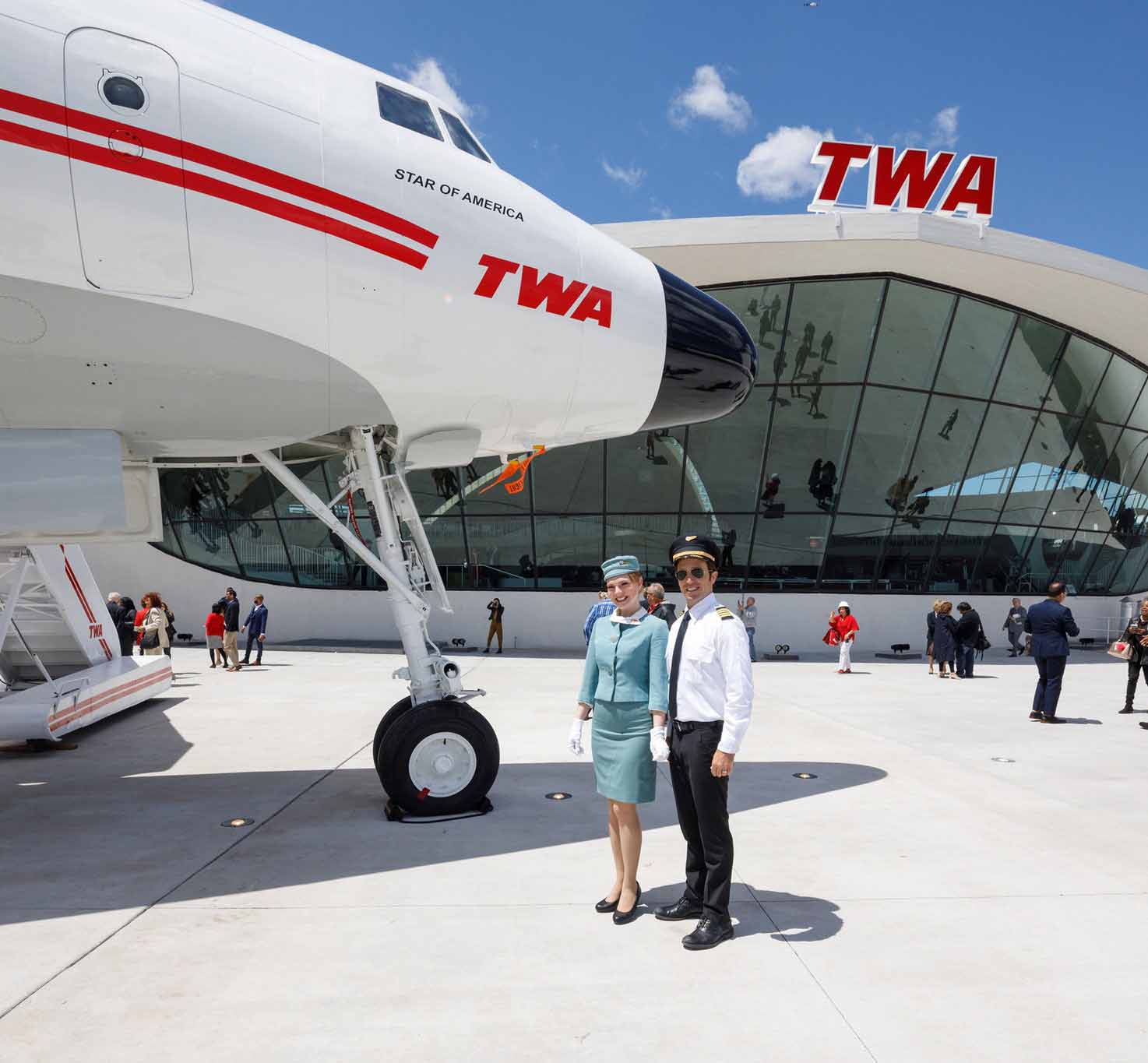 As flying grows worldwide — the International Air Transport Association forecasts that passenger numbers will double in 20 years to 8.2 billion by 2037 — airports are betting they can capture some of these fliers at on-site hotels, which share revenue with their landlords. Better food, more diversions and calm settings designed to ease the stress of traveling aim to attract both long-haul fliers seeking an overnight en route and more transient airport users looking for a between-flight workout, craft cocktail or quiet plane-spotting perch.

“Airports recognize that when a customer goes off-airport to a hotel, the airport has zero chance of capturing that customer’s spend,” said Henry Harteveldt, a travel industry analyst and the founder of Atmosphere Research Group. “Where the real estate exists, I think you’ll see more airports exploring on-property hotels because they are so appealing.”
Newer airports and those able to substantially redesign have an edge over many that are hemmed in by highways and surrounding communities. The new Grand Hyatt at SFO, opening at San Francisco International in September, replaces an older Hilton that was demolished in 1998. The new 351-room hotel promises a spacious gym, a yoga studio and spa, and four food and beverage outlets, plus necessities like soundproof rooms. Eighteen meeting rooms will offer fly-in, fly-out conference space.
Approximately 25 miles east of downtown Denver, Denver International Airport had the space to expand when it added a transit centre and Westin hotel in 2016. The Westin Denver International Airport, which vaguely resembles a set of wings, bills itself as a wellness hotel with a fully equipped fitness center, heated indoor pool and an emphasis on calm. Its 519 rooms have triple-pane windows to muffle the sounds from the runways in view.

“Travellers are rushed all the time. We look at airport hotels as great design opportunities to create architecture and interior design that provide a sense of calming,” said Steven Upchurch, a global hospitality executive with the architectural firm Gensler, which designed the Westin at Denver’s airport. The firm also redesigned the Calgary Airport Marriott In-Terminal Hotel, home to a full-service spa, swimming pool and a restaurant that highlights aboriginal influences, in 2016.
He emphasized the importance of quiet communal spaces that serve as retreats for travellers, whether spending the night or just passing through.
At the spa in the new InterContinental Minneapolis – St. Paul Airport, guests can get couples treatments, seaweed wraps and Mommy-to-be massages. The hotel, which opened in October, aims to embody the region — from its pleated glass exterior meant to evoke waves in the “Land of 10,000 Lakes” to a gastro pub championing local craft beer. It also offers easy access to the Mall of America.
These newcomers aren’t the first to reinvent airport stays. The Fairmont Vancouver Airport, a luxury hotel with a restaurant serving locally sourced food and a spa with 120 treatments, including jetlag recovery, set the standard in North America when it opened 20 years ago. There’s live entertainment every night, a 24-hour concierge floor lounge and storage for winter coats for those flying to warm-weather destinations. There’s also day-room rentals for those who need to refresh and a program called Fit on the Fly, which offers health club access to non-guest travelers seeking to use the fitness center, starting at $20.
“Guests are more and more transient than ever,” said Patrick Gosselin, the general manager of the hotel, who describes the clientele as ranging from plane-watchers to vacationers seeking to start their trip one night before to ease stress and business people flying in for meetings. “As travellers change, we keep adapting to offer them a luxurious airport experience.”
Whether connected by a sky bridge or airport train or entered directly from the terminal, most airport hotels lie outside of airport security, meaning fliers who are not overnighting would have to resubmit to screening on re-entry after using the facilities of the hotel. That hasn’t stopped some from attracting non-guests. Mr. Gosselin estimates 80 percent of the lunch business at the Fairmont Vancouver Airport is from non-guests.
Most of the next-generation airport hotels are landing at busy international airports like Kennedy or hubs like Denver. There’s generally a premium associated with these convenient, amenity-filled hotels. Rates at the Grand Hyatt at SFO are expected to start at $329. A recent online search for hotels near the airport showed many with rates starting around $160.
In addition to rooms from $249, the TWA Hotel aims to attract business from the airport and beyond with $25 passes for its gym, short-term stays from four hours starting at $139, free access to exhibits of TWA memorabilia throughout the premises, and several restaurants and bars including a food hall in the original departure hall and a cocktail lounge in a 1958 plane parked outside.
“The TWA is designed and marketed as a destination hotel,” Hartevelt said, predicting robust food and beverage business by the curious, which, whether at an airport or elsewhere, “is exactly what a good hotel wants.”