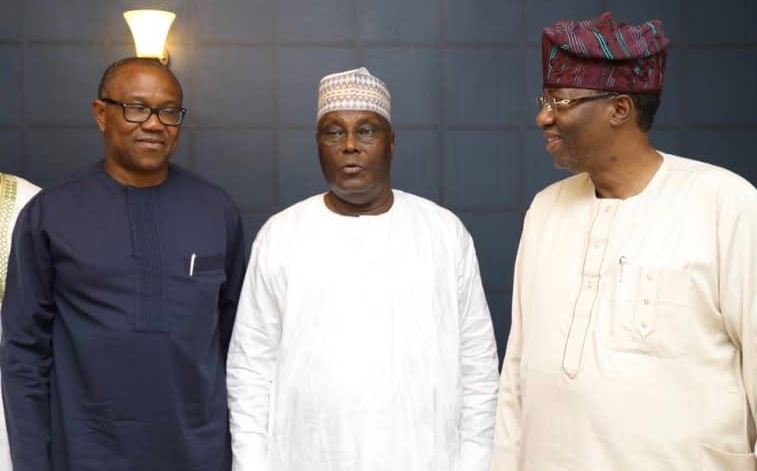 · Honorary Special Adviser to the President on Finance (till May, 2015)

. Former Chairman: Board of Securities and Exchange Commission (SEC)

In my capacity as the Governor of Anambra State, I served as a member of:

*Federal Government Committee on Negotiation with Labour on Subsidy

*Sub-Committee on Needs Analysis of Public Universities in Nigeria

2015: Golden Jubilee Award from Catholic Diocese of Onitsha for outstanding contribution to quality healthcare delivery in St. Charles Borromeo Hospital in particular and Anambra State in general, on the occasion of the Golden Jubilee celebration of the hospital.

*2014: Nigerian Library Association Golden Merit Award for remarkable improvement of libraries in Anambra State, exemplified by our Government’s construction of the Kenneth Dike Digital State Library, remarkable upgrade of the Onitsha Divisional Library, and provision of library facilities in secondary schools across the State.

*2014: Champion Newspaper Most Outstanding Igbo Man of the Decade.

* 2014 The Voice Newspaper (Holand) Achievers Award for Outstanding Example in Leadership and Governance.

*2013: Silver Bird Man of the Year (with Governor BabatundeFashola of Lagos State).

*2012: The Golden Award on Prudence – by the Methodist Church of Nigeria as the Most
Financially Prudent Governor in Nigeria.

* 2012: Leadership and Good Governance Award by The Ezeife Leadership Foundation Award for restoring peace and harmony to Anambra State.

* 2012: Outstanding Financial Planner and Manager – by the Church of Nigeria, Anglican Communion for my resourcefulness and creativity in governance.

*2010: ICT Governor of the Year – by the West Africa ICT Development Award.

INTRODUCTION OF CONSTITUTIONAL AND OTHER MAJOR CHANGES IN NIGERIAN POLITICS

*He was the first gubernatorial candidate in Nigeria to legally challenge to its logical conclusion, his governorship electoral victory that was denied him. He won in the Courts and reclaimed his mandate.

*He was the first Governor in Nigeria to legally challenge his wrongful impeachment and was reinstated by the Courts.

*He was the first Governor in Nigeria to seek the interpretation of tenures of Governors when INEC allowed elections to take place in Anambra State when his tenure had not expired; the election already concluded was cancelled and he was allowed to complete his tenure.

*He was the first Governor to serve a 2nd term in both the new and old Anambra State, that is, almost 40 years after creation of the State.

*He was the first Governor, whilst still in Office, to be appointed a Special Adviser to the President.

*He was the first serving Governor to be appointed into the Presidential Economic Management Team.

*He was among the first Governors to be honoured with a National Award in 2011, while still in office.

*Though the only Governor whose political party was in government in only one State, he was elected Vice-Chairman of the Nigeria Governors’ Forum twice.

*Though the only non-PDP Governor in the South-East (made up of 5 States), he was elected by the other 4 PDP Governors as their Chairman for 8 years rather than the usual one year.

1. Anambra was the first State to commence Sub-Sovereign Wealth savings, the first of its kind in Sub-Saharan Africa. At a time many other Governors were leaving huge debts, I left the equivalent of $500 million Dollars in investment as well as local and foreign currency, including $156 million in Dollar-denominated bonds.

2. For the first time in the history of Anambra State, Ambassadors and High Commissioners of notable countries such as United States, Britain, Russia, European Union, South Africa, Belgium, Israel, the Netherlands, Canada, among others, visited the State. Before my tenure, Anambra was practically a pariah state blacklisted by the Diplomatic Corps and international development partners.

3. Development partners such as UNDP, UNICEF, the World Bank, DFID, the European Union etc., which hitherto were not in Anambra State started working with the State. Anambra was consistently adjudged one of the best states in development partnership and commitment to reforms for good governance.

4. He was recognised as Best Governor by the Millennium Development Goals Office (OSSAP-MDGs) and the UNDP in the implementation of their programmes in Nigeria.

5. The Nigerian Debt Management Office (DMO) rated Anambra as the least indebted state in Nigeria. In spite of visible and measurable achievements recorded in various sectors, the State under him did not borrow or raise bonds for her various projects.

6. The Senate of the Federal Republic of Nigeria rated Anambra State as the most financially stable state in the country.

7. The State’s ground-breaking return of schools to their original owners – Voluntary Agencies (Churches) on 1st January 2009, and subsequent partnership with the Agencies in Education, saw the State move from 24th position out of 36 States to Number One in National Examination Council (NECO) and West African Examination Council (WAEC) examinations for three consecutive years. This made the World Bank to commission a study, led by the renowned Prof. Paul Collier of Oxford University, on this revolutionary part 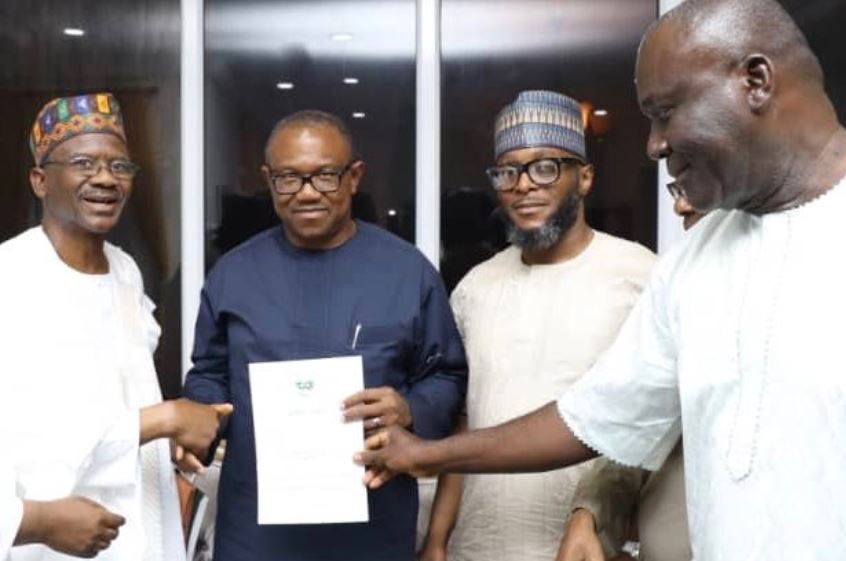 8. The State also entered into strategic partnership with the Churches in the Health sector. This symbiotic relationship resulted in a tremendous boost to health care because of the services offered by health institutions owned by Voluntary Agencies, while the State restored grants to the agencies and made available to them more than 50 million Dollars in various types of support.

10. Through partnership with the Church in the Health sector, his Government funded the transformation of -:

11. His Government won the Bill and Melinda Gates Foundation (1 Million dollars) as the best-performing state in immunisation in the South-East. With complementary funding from our Government, they used the money to build 10 Maternal and Child Care Centres across the State, particularly in rural communities, in partnership with the Churches.

12. The State was the first to procure and distribute more than 30,000 computers to secondary schools, including 22,500 from HP. The Managing Director for Personal Systems Group HP Inc, Mr. FabriceCampoy described the deployment as the biggest of such projects in the Middle-East and Africa.

13. Anambra State Government provided Microsoft Academies to more than 500 secondary schools, which the Head of Microsoft in Nigeria (Mr. Ken Span) described as the biggest such deployment in Africa so far.

14. The State provided Internet access to more than 500 secondary schools, which the CEO of Galaxy Backbone (Mr. Gerald Ilukwe) characterized as incomparable to any in the country.

15. More than 700 buses were provided to secondary schools in the State by our Government.

16. Boreholes were provided in schools all over the State.

17. Numerous classrooms were built in all the 177 communities of the State.

18 As part of the efforts to turn around the economy of the State, a number of companies were attracted to build their facilities in the Anambra State. A case in point is SABMiller, the 2nd largest brewery in the world, which built their first Green Field facility in the State, which is today one of the most successful facilities they operate globally.

19. A number of other companies followed the SABMiller initiative and were all supported and encouraged under our Government; a good example is INNOSON Motor Manufacturing Company, from which our government bought more than 1,000 vehicles.

20. Anambra State for the first time started close collaboration with recognized government security agencies (the Police, Army, Navy, Department of State Security, Civil Defence, among others), offering them various types of support including provision of more than 500 security vehicles. The improvement in security was phenomenal, such that the former IG of Police (Abubakar Mohammed) lauded Anambra State for not witnessing any bank robbery in my last three years in office.

21. To further enhance security, Anambra State provided at least one security vehicle to each of all the 177 communities in the State as well as various organizations such as markets and Churches.

23. His Government commenced the planned development of the Igbariam Campus of the ChukwuemekaOdumegwu-Ojukwu University, including the fencing, construction of internal roads, electrification, construction of the Faculty of Law, Auditorium, Administrative Block, Faculty of Agriculture, Management Building, among others).

25. His Government was the first to do Poverty Mapping in Nigeria, as a guide for the effective implementation of our poverty-alleviation strategies.

26 His Government, for the first time, undertook the aerial mapping of Awka as well as the production of Structure Plans for Awka Capital Territory, Onitsha and Nnewi.

27. During his tenure and with his Government’s support, Anambra State became an oil producing State.

28. He built the first Secretariat Complex to house State Government Ministries that were hitherto scattered around the State.

30. By the end of his tenure in 2014, more than twelve (12) health institutions, including two hospitals, had secured accreditation; when we took off in 2006, no health institution in Anambra State was duly accredited.

31. Anambra State was the first to undergo national peer review, which scrutinised State Governments for good governance, through the State Peer Review Mechanism (SPRM), an initiative of the Nigerian Governors’ Forum in collaboration with the DFID… 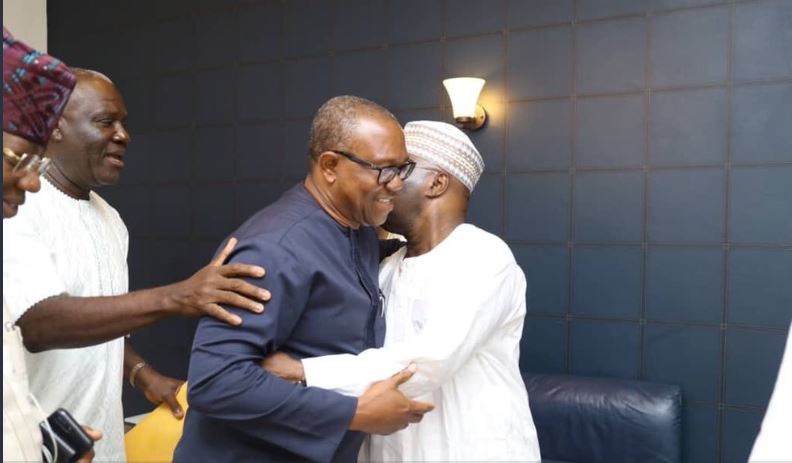