Billionaire entrepreneur Jeff Bezos will unveil plans on Thursday for missions to the moon tailored to the U.S. government’s renewed push to establish a lunar outpost in just five years, people familiar with the matter said. 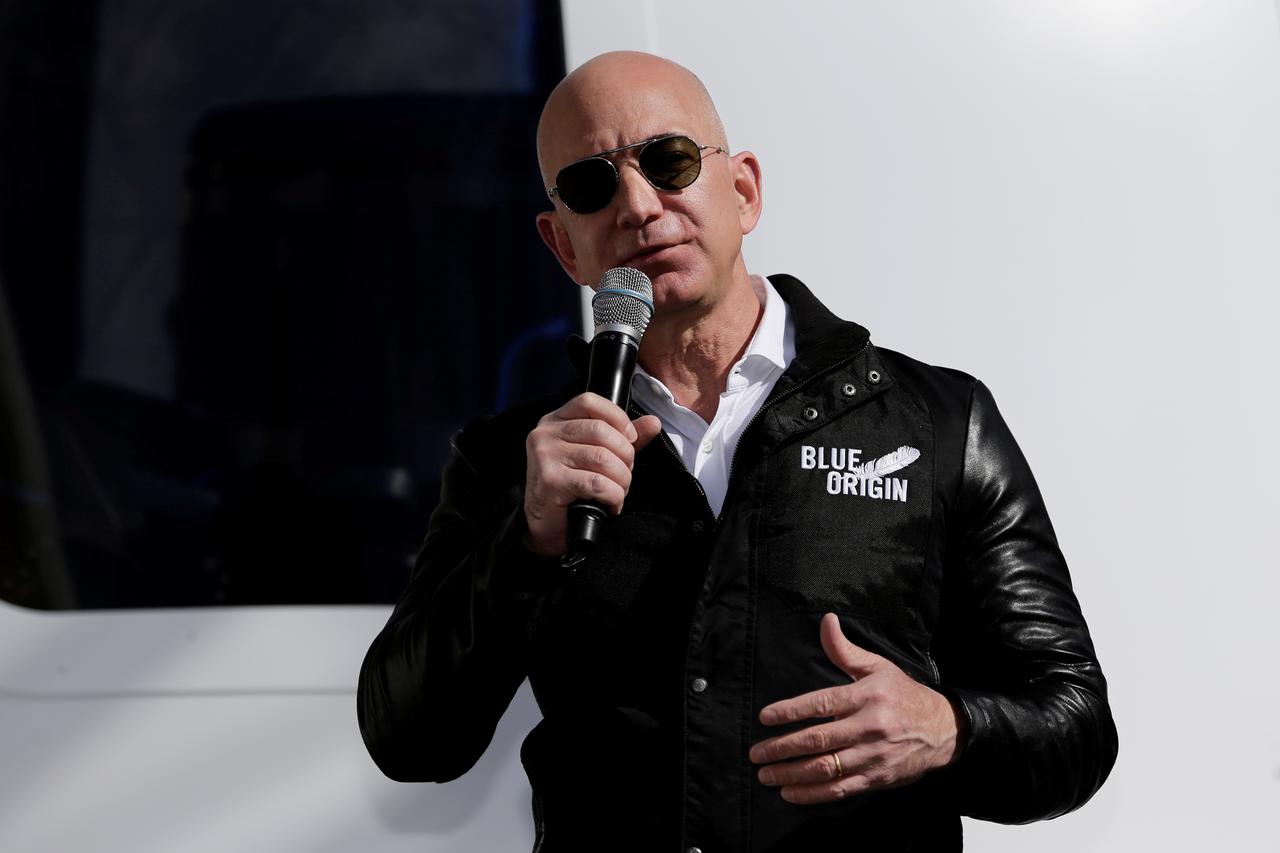 Bezos, the world’s richest man and chief executive of Amazon.com, is scheduled to host a rare media event at 4 p.m. EDT (2000 GMT) in Washington to provide “an update on our progress and share our vision of going to space to benefit Earth.”
Blue Origin spokeswoman Caitlin Dietrich did not respond to requests for comment.
Kent, Washington-based Blue Origin has been tight-lipped about its lunar strategy. But people familiar with the company’s plans, speaking on condition of anonymity, said Bezos is expected to lay out details on lunar missions and a lunar lander spacecraft that the company is developing. Blue has also discussed a human outpost on the moon.
U.S. Vice President Mike Pence in March called on NASA to build a space platform in lunar orbit and put American astronauts on the moon’s south pole by 2024 “by any means necessary,” four years earlier than previously planned. Bezos is likely to frame his strategy to align with that timeline in a bid to attract funds from the U.S. space agency, one of the people said.
One industry source said the company has been working to refine and accelerate its strategy after Pence’s comments.
The company dropped a possible hint about the announcement with a Twitter post last month of a picture of the ship used by explorer Ernest Shackleton on an expedition to Antarctica – a possible reference to an impact crater on the lunar south pole sharing the man’s name.
Bezos, who has talked about his broader vision of enabling a future in which millions of people live and work in space, has been intent on moving closer to commercialization.
But his vision is shared by other billionaire-backed private space ventures like Elon Musk’s SpaceX and aerospace incumbents like United Launch Alliance, a partnership between Boeing Co and Lockheed Martin.
Blue Origin is developing its New Shepard rocket for short space tourism trips and a heavy-lift launch rocket called New Glenn for satellite launch contracts. The company is aiming to deliver its New Glenn rocket by 2021, while launching humans in a suborbital flight later this year atop its rocket-and-capsule New Shepard.