Local manufacturers and exporters have continued to lament over the land border closure policy of the Federal Government as they disclosed that over N5 billion had been lost in respect of imported materials waiting to enter the country. 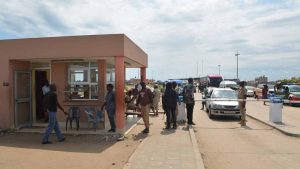 The disclosure came from manufacturers under the Manufacturers Association of Nigeria Export Promotion Group (MANEG) as they demanded that goods with fully paid duties be allowed into the country.

The manufacturers noted that releasing the goods would enable them offset credit facilities procured for the business. According to reports, over 1,000 trucks with containerized goods valued at about hundreds of billion of naira belonging to members of MANEG are still trapped at the borders despite payment of duties and tariffs.

Ede Dafinone, president of MANEG, while speaking on the government’s border policy, made known that it had brought hardship to traders, importers and exporters in the country. He said his members’ goods trapped at the border with full duty paid had surpassed N5 billion.

He said that the border closure period remains one of the most disastrous periods for his members trading across borders because it had really affected and slowed down their business.

“We (exporters) are keen to support any Federal Governments initiative that will enhance the growth and development of the Nigerian economy. But the closure of the border to prevent legal trade

punishes exporters and importers and we see no reason genuine exporting companies should be punished this way,” Dafinone said.

FG has no plan to remove fuel subsidy –Silva

Nigeria’s four refineries have not made profit in 13 months