Brent oil ticked higher on Friday, supported by tensions over Iran and the decision by OPEC and its allies to extend a supply cut deal until next year, while U.S. benchmark crude prices fell on weak economic indicators. 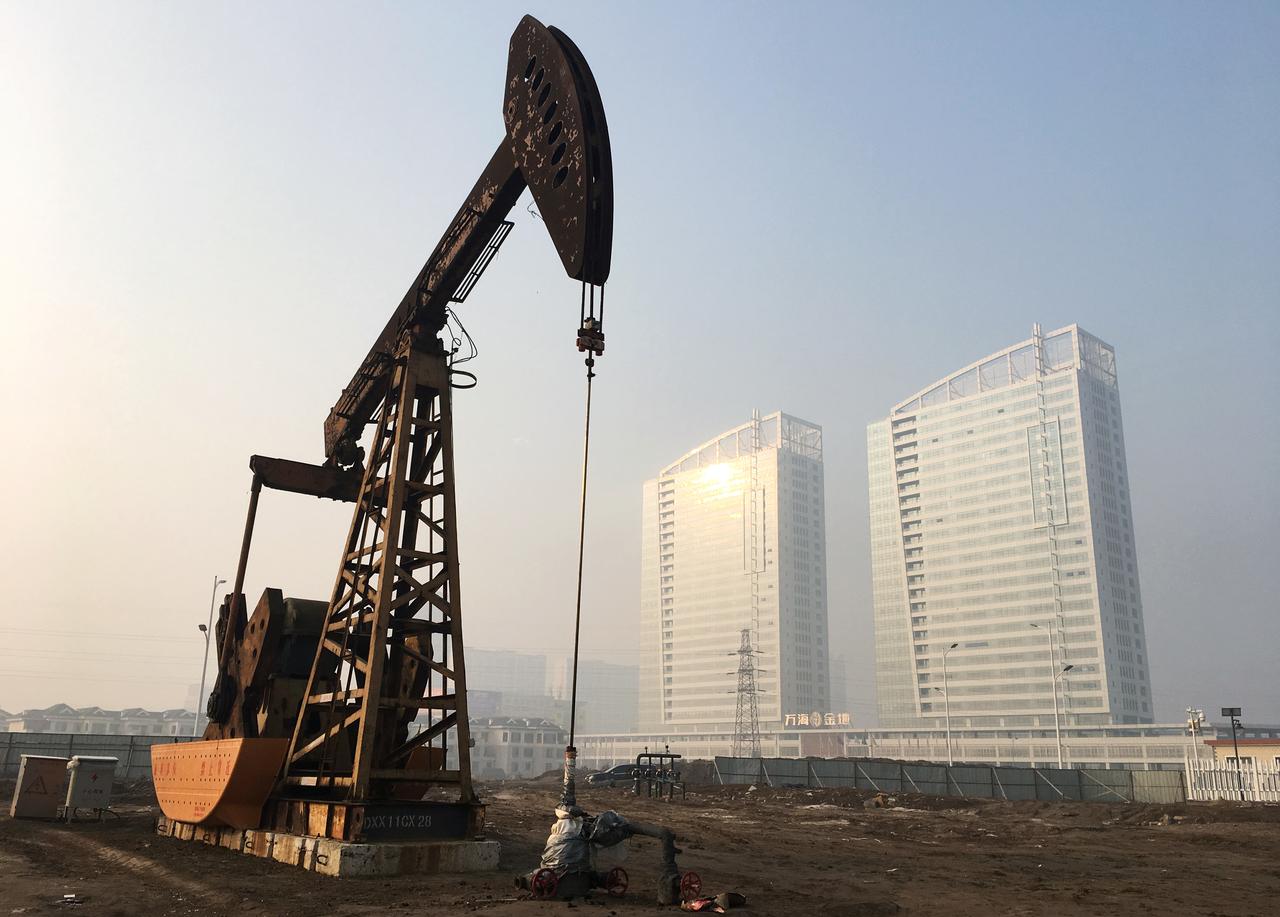 Brent  was up 53 cents at $63.83 per barrel by 1330 GMT. U.S. West Texas Intermediate (WTI)  slipped 18 cents to $57.16. The U.S. market was closed on Thursday for a holiday. Both benchmarks were set for their biggest weekly falls in five weeks.
A trade war between the United States and China has dampened prospects of global economic growth and oil demand, but talks between the two nations resume next week in a bid to resolve the deadlock.
“The truce between the United States and China is not translating into anything in the real economy in the short term,” Petromatrix oil analyst Olivier Jakob said.
“The negotiations still have to happen and until then we will be looking at very weak manufacturing PMIs,” he said referring to Purchasing Managers’ Indices which indicate companies’ optimism about their sector.
German industrial orders fell far more than expected in May, and the Economy Ministry said this sector of Europe’s largest economy was likely to remain weak in the coming months.
In the United States, new orders for factory goods fell for a second straight month in May, government data showed, stoking the economic concerns.
The U.S. Energy Information Administration reported on Wednesday a weekly decline of 1.1 million barrels in crude stocks, smaller than the 5 million barrel draw reported by the American Petroleum Institute and less than analyst expectations.
The Organization of the Petroleum Exporting Countries and other producers such as Russia, a grouping known as OPEC+, supported prices by extending their deal on supply cuts.
Tension in the Middle East also offered some support. Iran, already embroiled in a row with the United States, threatened on Friday to capture a British ship after British forces seized an Iranian tanker in Gibraltar over accusations the ship was violating EU sanctions on Syria.
“It is just another sign that the market sentiment is not strong enough to react to those headlines and events, which is quite unusual,” Jakob said.
A Reuters survey found OPEC oil output sank to a new five-year low in June, as a rise in Saudi supply did not offset losses in Iran and Venezuela due to U.S. sanctions and other outages elsewhere in the group.
Oil production by Saudi Atabia, the world’s top crude exporter, was 9.782 million barrels per day (bpd) in June, an OPEC source said, slightly up from 9.67 million bpd in May.