BudgIT, a Nigerian civic rights group has called on the leaders of the upper and lower houses of the National Assembly to end the secrecy associated with budget allocations to their arm of the government. 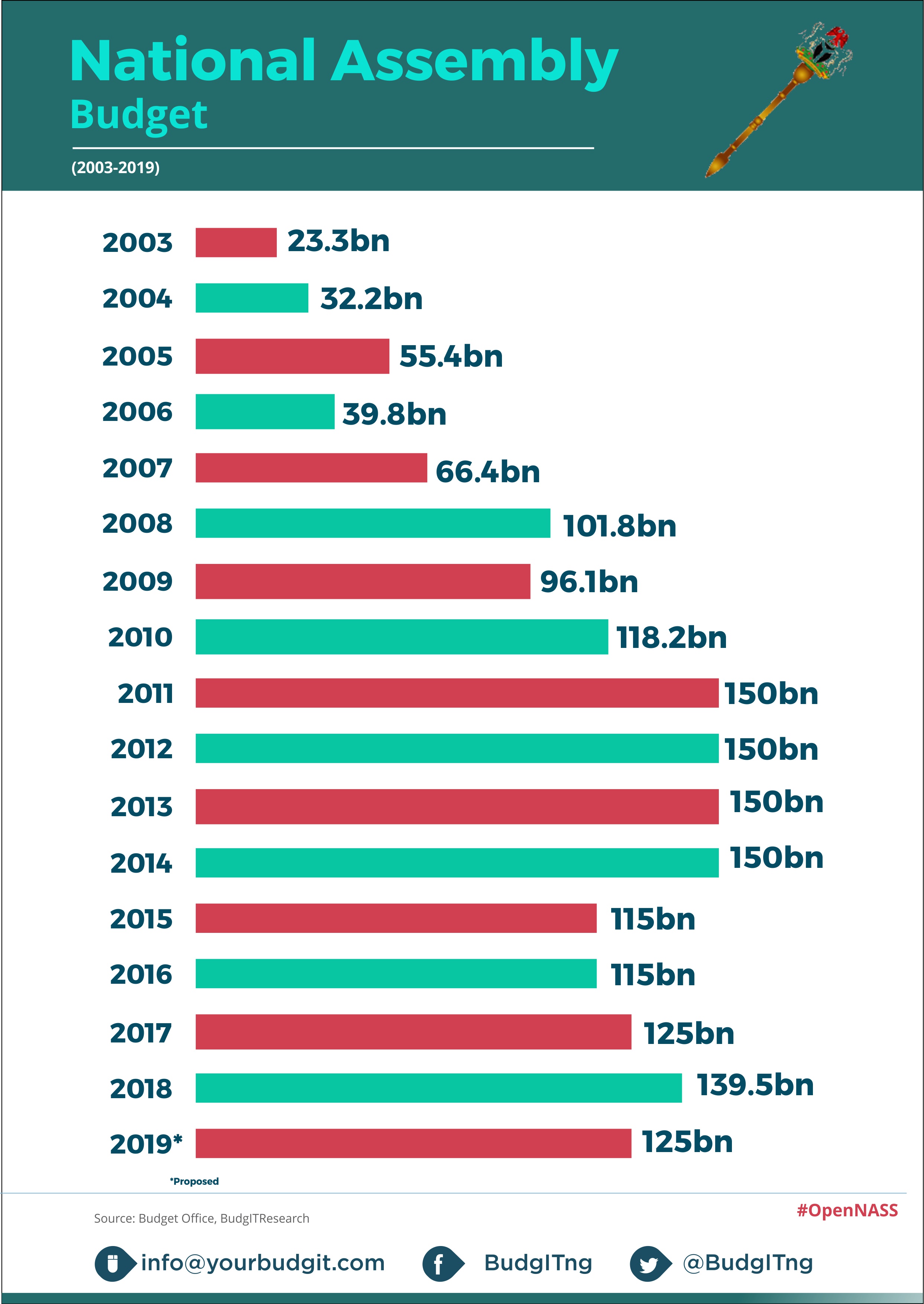 The group in a statement made available to business a.m Wednesday stated that, despite Nigeria’s membership in open government partnership and tons of pledges by Bukola Saraki, the senate president to run an “open NASS,” the National Assembly immediately relapsed into its default setting after a breakdown of the budget was made public in 2017, thanks to public pressure.

Gabriel Okeowo, BudgIT’s principal lead thus asserted that the 2017 record must be made permanent. “We are making a renewed demand from the leadership of the eighth assembly to fully redeem its promise.

Starting again with the 2019 budget, a line-by-line breakdown of the NASS allocation must be made public going forward. “That is the ultimate way the legislature can lead by example in making public accountability a Nigerian culture,” he said.

It is worth the call that Bukola Saraki, senate president and Yakubu Dogara, speaker should leave behind a great legacy, one that history would never forget, by truly and finally opening NASS, he added.

“Aside from the lawmakers being ranked as world’s top-paid legislators, at public expense, the annual budget of the National Assembly is a one-line statutory transfer which is neither reviewed by any authority nor, at the very least, made accessible to the public thus enabling unbridled corruption.

At this age of digital governance plus global calls for transparency in public institutions, it is a national disrepute that the parliament has refused to eschew anti-democratic practices, as it continues to bury its yearly allocations under the hallowed chambers,” the statement read.