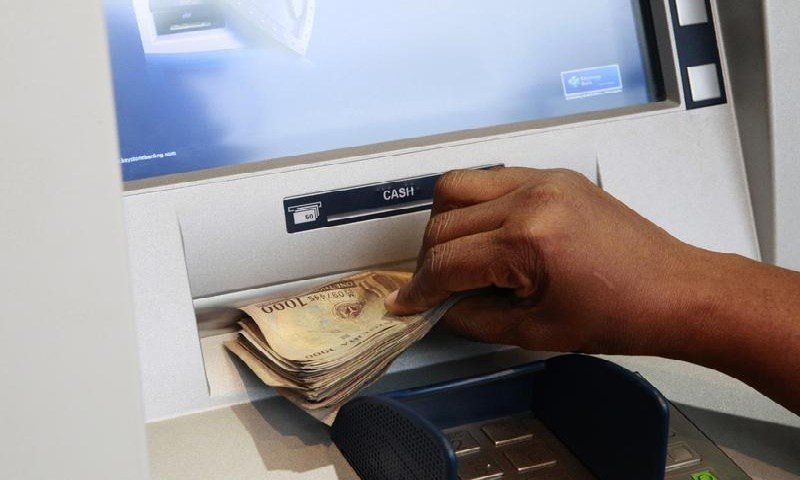 Agency reports indicated that at the time of filing this report, many customers were seen stranded and on long queues at ATMs waiting to make different transactions.
Some of the banks visited were First Bank, Guarantee Trust Bank (GTB), Diamond Bank, Union Bank, United Bank for Africa (UBA) and Stanbic IBTC in Area 3, Garki.
Other ATM spots visited were Fidelity and Stanbic IBTC in Shoprite, Jaiz Bank, GTB in Apo and Zenith Bank, Garki.
Some of the customers, seen making different transactions expressed displeasure at the situation while urging relevant authorities to do something about it.
At the GTB Area 3, a customer,  Liz Gabriel, said she took a taxi with the last money she had only to pay off the cab man and realise there was no cash in the ATM.
Another customer at First Bank, John Jika, said he had been to several ATMs and there was no cash before he came to First Bank.
“I do not understand why the banks will keep treating customers like this.
“Everybody is aware that there is public holiday today and tomorrow, and it is only ideal for the management of banks to ensure their ATMs are very functional.
“It is very insensitive of them to make their customers go through so much stress just to take back their monies which they deposited in the banks at the time they need it,’’ he said.
Funke Kadir, said she was supposed to travel and her trip had been delayed for insufficient funds in most ATMs.
Kadir, who described the situation as pathetic, called on the Central Bank of Nigeria (CBN) to sanction banks that do not properly monitor their ATMs.
However, at Zenith Bank, Garki, although customers were seen on queue, the ATMs were dispensing cash appropriately.
Julius Okoro said:“I have been to Ecobank and GTB but there was no network so I drove to this place.
“This is the first day of the holiday and we are already having a situation of no cash and poor network.
“I appeal to the people in charge to please do something about this situation because it is not fair for one to go through much stress to collect his hard earned money.’’
At Stanbic IBTC and Fidelity Bank ATMs in shoprite, Apo, it was observed that although there were long queues, the machines were dispensing cash.
The federal government had declared Tuesday June 4, and Wednesday, June 5 as public holidays in celebration of the Eid-el-fitr to mark the end of Ramadan.