Ahead of Tuesday’s holiday declared by the federal government of Nigeria in commemoration of the country’s 59th Independence Day, the Nigerian Stock Exchange has lost value by 0.16 per on Monday to commence the four-day trading week. 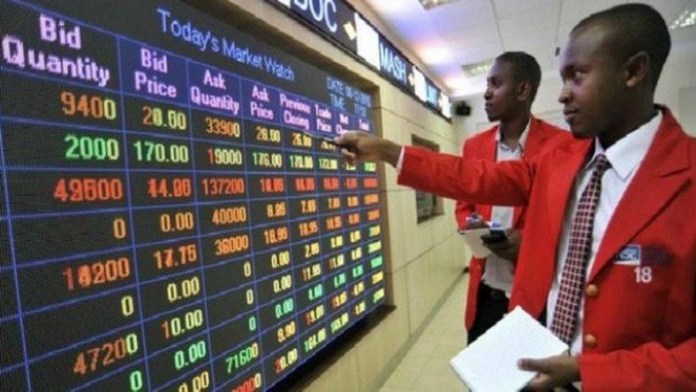 The decline also amounted to N22 billion loss in market capitalization which also closed lower at N13.450 trillion as against N13.472 trillion it commenced the week.

As result, the market barely closed the month in green by 0.38 per cent, its first monthly gain since February 2019, while the Year-to-Date loss worsened to 12.09 per cent.

Analysts at Afrinvest Limited maintained their bearish stance for the market, saying although the current low prices of stocks present opportunities for bargain hunting.

Analysts at Imperial Asset Management said, “This week, we expect equity market activity to be driven by speculative interest as investors prepare ahead of Q3-19 earnings season. We equally expect bargain hunting on stocks that have witnessed significant price depreciation in recent past weeks.”

The Monday session also closed with reduced participation on equities as the total volume of trades decreased by 5.88 per cent to 176.3 million units, valued at NGN2.29billion, and exchanged hands in 2748 deals.

Sectoral analysis of the day’s trading statistics shows that all ended the session on the green as the insurance closed higher by 1.85 per cent,  banking by 1.56 per cent,  consumer goods by 1.26 per cent, while  industrial goods advanced by 0.91 per cent and oil & gas sector gained by 0.35 per cent to close the session.

GUARANTY was the most traded stock by volume and value at NGN58.49 million units and NGN1.63 billion respectively.

Market sentiment, as measured by market breadth, was positive as 18 tickers recorded gains relative to 16 losers. CAP Plc with 9.98 per cent and CONTINSURE with 9.52 per cent appreciation in share prices topped the gainers’ list, while JOHNHOLT with 9.84 per cent  and ETI with 9.84 per cent losses led other decliners.