The February 2019 overall manufacturing  purchasing managers index (PMI) has contracted to 57.1 percent as against 59 percent recorded in January. 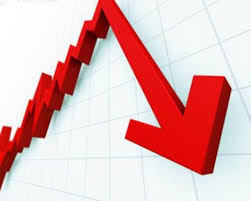 According to the report of the February purchasing managers index (PMI) released by the Central Bank of Nigeria (CBN), the contraction shows a slower growth in the manufacturing activities in the country in February.

The February 2019 PMI survey was conducted by the Statistics Department of the Central Bank of Nigeria during the period February 11-15, 2019. The respondents were purchasing and supply executives of manufacturing and non-manufacturing organizations in all 36 states in Nigeria and the Federal Capital Territory (FCT).

The Manufacturing and Non-Manufacturing PMI Report on businesses is based on survey responses, indicating the changes in the level of business activities in the current month compared with the preceding month.

The primary metal subsector recorded decline in the review period.

At 56.9 points, the new orders index also fell by over 4 percent compared to the 61 percent level in January. Twelve subsectors reported growth, 1 remained unchanged, while 1 contracted in the review month