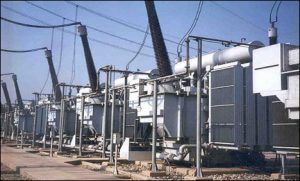 igerians view electricity as a right, and not as a utility to be adequately paid for. Electricity is perceived as a due and not as a service like any other service they pay for, including financial services, telecoms services. As a result, the collective attitude towards paying the right amount for electricity consumed is a hostile and mistrusting one.

It is this notion of power or electricity as a right that led Jude Ugwuoke, head of revenue protection, Ibadan Electricity Distribution Company (IBEDC), to comment that unless their customers change this attitude, metering of customers would not solve the electricity crisis Nigeria is in.

The three critical areas of the electricity industry, which include metering, billing, and collection must be gotten right, but it was stressed that unless the DisCos have the people’s support and cooperation, the industry would fail to grow.

Energy theft in Nigeria comes in various forms, and still happens whether in prepaid or post paid billing era. In the case of prepaid billing, which is where smart meters are deployed, a huge number of metered customers are said to bypass their meters to avoid paying for their energy usage.

Bypassing of smart meters is still very rampant despite the consensus by all stakeholders in the industry that metering would solve most of the problems faced by the DisCos, including revenue collection inefficiency, unwillingness to pay for the energy consumed by customers, and illegal possession and so on.

“60 percent of our meters are bypassed which results into high non-technical losses for our DisCo. In fact as we speak, we have a lot of cases whereby people are now importing meters, tampering the meters and so the meters never capture the energy consumption,” Ugwuoke explained at the Power Nigeria conference held in Lagos.

For post paid billing, most categories of customers –  individuals and government ministries, department and agencies (MDAs) are somewhat unwilling to pay their electricity bills because the unmetered customers are overbilled.

Other experts however hold divergent views and business a.m. Israel Bamidele, an energy lawyer said that the customers are not totally at fault because DisCos didn’t do their due diligence when they were supposed to, and “leaped without looking.”

“The losses being complained about can be corrected if the DisCos are serious about protecting their revenue. They are acting like they are not up to the task and trying to shift the blame,” he pointed out.

He added that people will always try to outsmart service providers, but they must be innovative and constantly be open to change, and try to “stay ahead of their customers.”

The DisCos in an attempt to shed some of these huge losses overbill their customers and this leads to more losses because customers would be unable to afford the arbitrary charges given to them, making the DisCos lose more revenue. For example, IBEDC alone loses N1 billion monthly to energy theft.

Ugwuoke agreed that estimated billing was not a sustainable model, but for DisCos to perform optimally, they need to be given complete cooperation.

He described metering as “the way forward but with the right attitude” towards electricity.

Crazy billing done by the DisCos, he noted was as a result of the huge losses suffered from energy theft and this makes it very difficult for DisCos to fund metering of all their customers.

“If we are able to get metering right and customers cooperate with DisCos and stop the attitude of energy theft, that is when over-billing (estimated billing) would reduce,” he assured.

However, despite all these challenges, he said that the DisCos were deploying solutions to ensure that they were recovering and protecting their revenue. A key solution he mentioned is the “engagement of the legal units of the DisCos to ensure that all the losses arising especially from energy consumed are being recovered.”

“Also we are bringing in other solutions that have to do with this like AMI Solutions whereby meters can be monitored effectively,” Ugwuoke explained.

Another area where work needs to be done is customer enumeration. DisCos have realized the importance of data management in order to understand their customer base.

“We are currently spending N5 billion to get the actual number of total customers we are serving, and daily we have 200-300 people coming into our networks unregistered, called illegal customer,” he said.

On this, Nigeria’s electricity regulatory body, Nigerian Electricity Regulatory Commission (NERC) has also advised the DisCos to undertake asset mapping and tagging customers’ enumeration in order to identify illegal connection and bring them onto their various billing platforms.