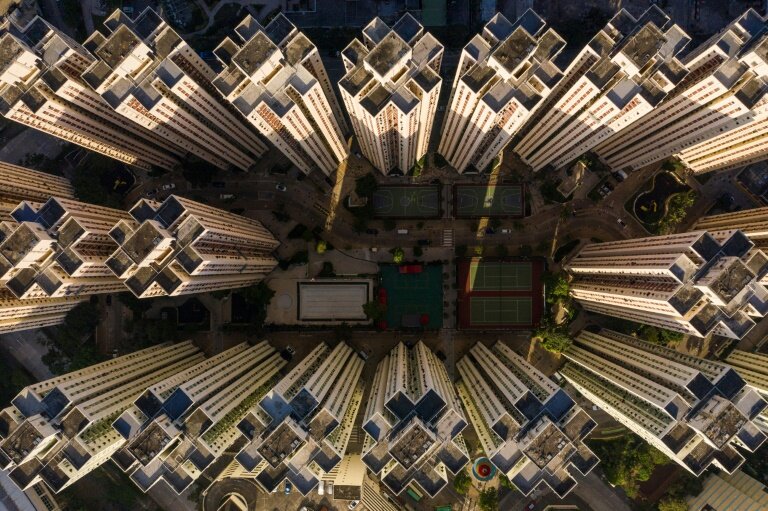 The government’s HK$624 billion proposal to reclaim 1,000 hectares (2,471 acres) of land around the territory’s largest island, Lantau, has been touted as a solution to the pressing housing shortage in the city, which is notorious as one of the least affordable markets on the planet.

Authorities said they hope to start work on reclaiming land in 2025, with an eye on allowing residents to move to the island in 2032.

The artificial island — the city’s most expensive infrastructure project to date — would be four times the cost of building Hong Kong International Airport, which opened on Lantau in 1998, and far outstrip Dubai’s famous palm-tree shaped Palm Jumeirah, which reportedly cost $12 billion to build.

The man-made island would be nearly three times the size of New York’s Central Park and provide up to 260,000 flats, more than 70 percent of which would be used for public housing, the government has said.

But critics say the vast reclamation project is too costly and could damage the environment, especially marine life, with many also expressing frustration over the lack of a public say in the plans.

“When all aspects of Hong Kong’s public services and facilities are on the brink of collapse, will the (Lantau project) — as the government’s panacea — solve problems or create a bigger crisis?” pro-democracy lawmaker Eddie Chu said on his Facebook page.

He estimated the cost of the project could balloon to more than $112 billion by 2025, when reclamation work is expected to start.

Authorities are also planning to build another 700-hectare artificial island around Lantau, but have not released any further details about that project or its cost.

Lantau island is also home to a new mega bridge launched last year — billed as the world’s longest sea bridge — connecting Hong Kong to neighbouring Macau and mainland China at a time when Beijing is seeking to tighten its grip on its semi-autonomous territories.

Thousands of people have taken to the streets to protest the plans for the artificial island.

Campaigners have also warned that the dwindling number of much-loved pink dolphins in waters surrounding Lantau may disappear altogether due to large-scale infrastructure projects.