CHIMA CHUKWUNYERE was recently elected chairman of Imo State Hoteliers Association. He is the managing director of Domino Paramount Hotel Owerri, one of the oldest hotels in the city; a city widely believed to be the hotel capital of the South-east of Nigeria. He met with business a.m.’s DIKACHI FRANKLIN for an interview and he was at his best providing insights into the hotels and hospitality sub-sector of Imo State economy, while offering suggestions to in-coming governor, Emeka Ihedioha, on what needs to be done to increase the state’s internally generated revenue and help it meet its financial obligations.

The Police Community Relations Committee (PCRC) in Imo State recently held its election and a chairman emerged. As the immediate past chairman how did you think you fared during your tenure?

Iwas the chairman for 10 years and six months and left as the “best” federation, because, I won the Gold Star Award. I have served out my tenure but I still work with the current chairman, ensuring that Imo State continues to top or occupy the first position in the country. 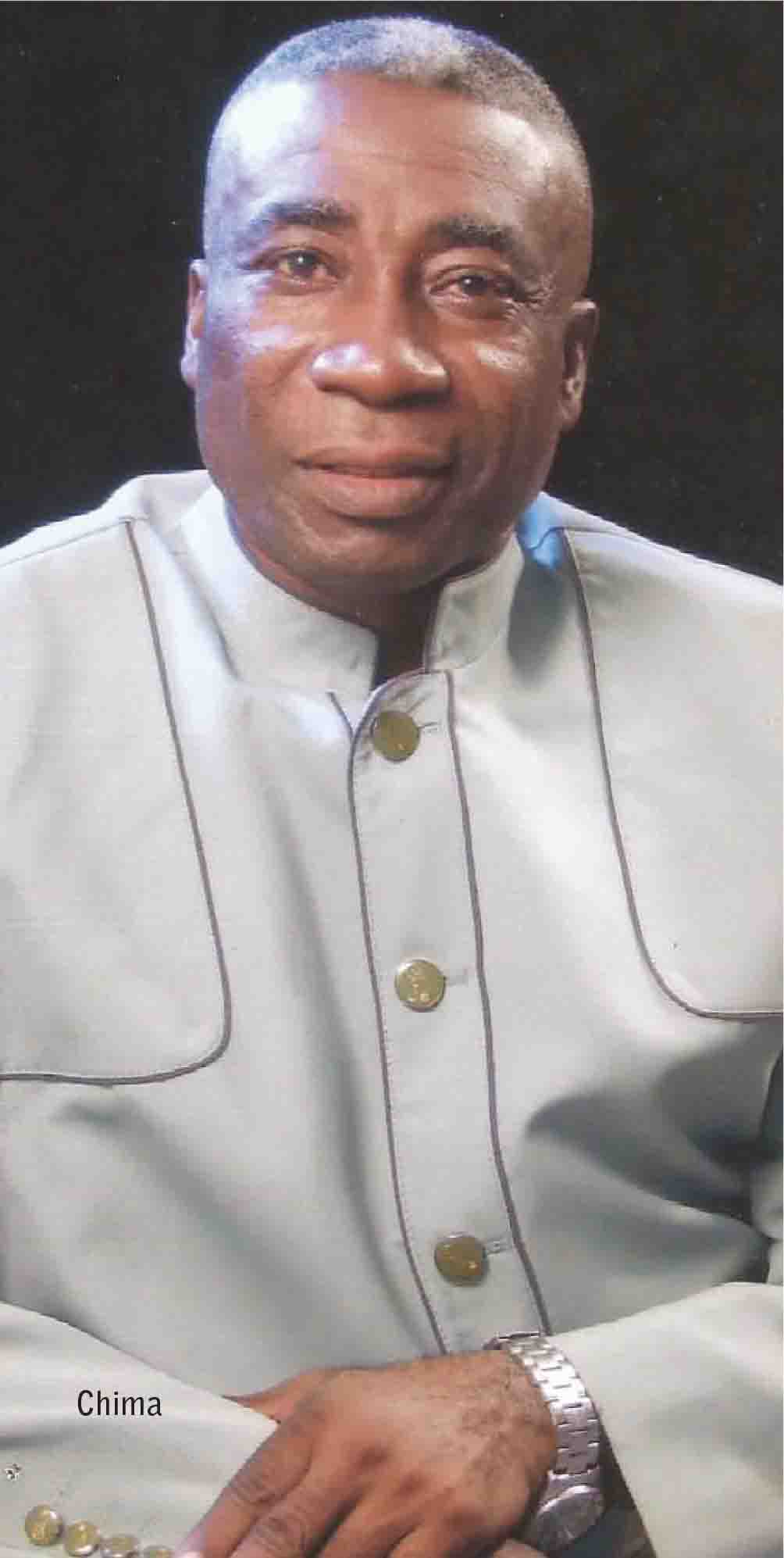 The school campaign is still on and as a matter of fact, just few days ago, I heard that the acting Inspector General of Police (IGP) is insisting that PCRC members must begin to go to secondary schools to campaign against crimes and cultism. And if that is true that means there’s the need to have contact with the chairman emeritus. We laid the foundation, we have a vision and we have covered about 65 secondary schools. So if they are serious, they need to ask us for the modus operandi; if they partner with us I can assure you that they will excel.

Recently you were elected the substantive chairman of the Imo State Hoteliers Association, in your capacity as the chairman of this hospitality and hotel sub-sector of the economy, could you set an agenda for the in-coming governor, Emeka Ihedioha that would enable this sector to thrive?

First as the managing director of this old existing Domino Paramount Hotel, established in May 1977, it is due to my managerial acumen that this hotel is still thriving up to date and is also still operational and meeting up with the test of the time.

Could you share how you think this would work?

First of all, the government must recognize the union and the industry.

The government must ensure that every hotel in Imo State must belong to the union for easy assessment, so that any time the government wants to talk to the hotels they would go through the union, and whatever thing they have said to the union they have said it to all the hotels. Whatever the policy and whatever the method they want to apply, once it gets to the union, it is assumed that it has gone to all the hotels. No government has been able to unite the entire hotels, so I believe that the starting point is to ensure that they unite the entire hotel industry by insisting that every hotel must be part of the union.

Again, you discover that every month, new hotels will come up, it is important for the in-coming government to know the motives, to know who is that man or those building these hotels, what do they do, and how did they make the money? As a matter of fact, there are some hotels that only people of like-minds, who do the business that the owner does, are the only people who patronize the hotels. I investigated it. So it is important that the government really needs to scrutinize this.

It would not be because you have money, you go to Owerri Capital Development Authority (OCDA) and start to build. No, it should not be like that; there should be a check by the government. So, I believe that the government should actually tap from the resources in the state to run its affairs properly.

Are you saying that the government is missing a huge amount of money from this sector as a result of its inability to see the reasons why it should recognize and form alliance with the union so as to beef up its IGR?

The in-coming government, if it wants to be serious in its revenue drive, I believe the issue of purchase tax should be looked into. You don’t need to come to the hotel and tell them to pay you N1 million, little by little, step by step, drop by drop and the drum will be filled.

Now you also know that there are so many hotels that run what they call go-go-club. Go-go-club is where people dance nude. Such a place is illegal, but for government to give approval to it, the tariff for you to run a go-go-club must be on the high side. There is so much money in eateries. I go to eateries and sit down and I see people making quick sales running into millions of naira in the night and when you make millions and you pay so little to the government, it is fraud.

Everybody knows that a bottle of Coke is N100.00 but you see a situation where you sell a bottle of Coke at N500 and you refuse to pay the required tax to the government, it is fraud. So the government must put its house in order, get the taskforce that will not be too greedy; that will go round, get all these people, sanities them on the need for them to revamp the economy through the help of the union. The industry has a role to play in building the economy of Imo State, if the government would want a move forward.  So, it is important also that the government has to sit down with the union to articulate the problems of the hotel sector in the state.

On the side of the Union, are there some conspicuous challenges facing the industry in the state, if there are, could you tell us a few of them?

There are so many hotels that are not accessible in terms of bad road network. There are also some areas where the hotels established there are running on generators. Government has to ensure that the Enugu Electricity Distributions Company (EEDC) provides light regularly. In Ikenegbu Layout, I have heard it is on “priority list” of EEDC. Ikenegbu Layout is enjoying light for about 18 or 20 hours a day but here, in town, we enjoy light for less than six hours a day.

It is not encouraging and you know how expensive it is to generate your own energy, in terms of diesel, fuel and maintenances.

We have a lot of tourists’ attractions or sites in the state that are yet undeveloped, what your take on this?

In fact, this morning I was just saying, how I wished I have an access, how I wish I can make a proposal to the incoming government in the state, concerning Oguta Lake and the Oguta Lake Motel. Before now, the Oguta Motel was very lively, very operational, people went there on weekends, people from all over the country would come on holidays, I have gone there several times, and we lived in the hotel rooms and then went to the beach.

If you go to the beach you will see a long queue, people coming and going up to pay to get into the beach, there is a beehive of activities there, there are a lot of things the government can get, and they should develop the place. People from PH, Onitsha, Aba etc will come, they lodge in the hotel and pay and they will enjoy the atmosphere.

You know, there is a place where the Orash River joins with the River Niger and all Nigerians will like to come and see where two rivers meet and yet they do not mix, it is something everybody would like to go and see. The government would make a lot of revenue from it; the amount of revenue to generate there monthly can help the government to pay for certain things.

For the government to function well, it therefore means it will get people who are qualified and put them in places where they are [proper] fit. The problem we have had for a long time in this state [Imo State] is that you get a carpenter, you make him the commissioner for health or a person who is versed in the hotel and leisure management, you make him to be in charge of education, nothing well will come out of it. You must put a round peg in a round hole, period.