Two of the world’s most influential economic leaders have warned that there are troubling developments arising from increased trade barriers and tariffs. 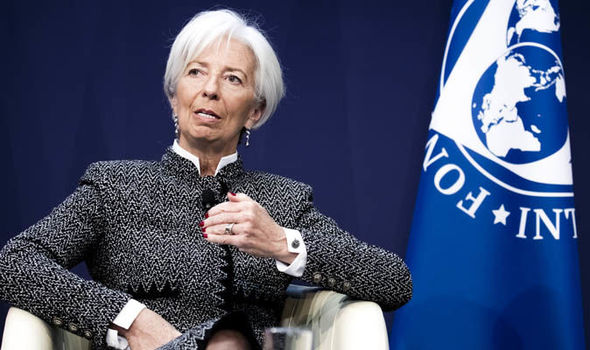 Mario Draghi, the president of the European Central Bank (ECB) and Christine Lagarde, the managing director of the International Monetary Fund (IMF) warned that the global trade dispute between the U.S. and China as well as a threatened dispute with Europe and other industrial nations could cause headwinds for all and could get worse.
Speaking at the 8th ECB conference focused on central, eastern and south-eastern European (CESEE) countries on Wednesday, the IMF’s Lagarde said “we meet at a moment when support for global cooperation and multilateral solutions is waning.”
“Global growth has been subdued for more than six years and the largest economies in the world are putting up, or threatening to put up, new trade barriers. And this might be the beginning of something else, which might affect us all in a more broad way, ” she said.
“These troubling developments will create headwinds for all, but certainly for the CESEE growth model, a model that has relied on openness and integration,” she warned.
Lagarde and Draghi, who gave a welcome address at the conference, said the threat of U.S. import tariffs (on Europe) meant that some European countries that are centers of European car production — Czech Republic, Slovakia, Poland and Romania — could be particularly vulnerable.
“Global trade has faced headwinds in recent years as trade-restrictive measures have outpaced liberalising measures,” Draghi told the audience in Frankfurt.
“The central and eastern European business model has become vulnerable to shocks to international trade and financial conditions,” Draghi said, noting that in some CEESE countries vehicle exports represent nearly 30% of total manufactured exports, making them more vulnerable to U.S. President Trump’s threat to increase tariffs on European cars and car parts. Last August, Trump threatened to put a 25% tax on all EU car imports but has yet to implement the move.
“The effect of tariffs could be amplified, as a large share of goods cross borders multiple times during the production process,” he said.
“The main long-term challenge is moving towards a more balanced growth and financing model, which is more reliant on domestic innovation and on higher investment spending than it has been so far,” Draghi added.