Before his inauguration on May 29, 2019 as the governor of Imo state, Emeka Ihedioha and his team embarked on economic and diplomatic tripsto the United Kingdom (UK) and Germany, where they discussed withdevelopment and investment organisations for partnership; as well asdonor agencies. 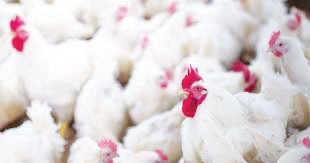 During some of the business missions, the team also had severaldiscussions with the World Bank, the French Development (Bank (AFD), andthe UK Department for International Development (DFID).

Nowthose economic missions are beginning to pay off as the multilateral agencies anddonor organisations have expressed their willingness topartner with the state.

Also, leading pan African financial institution, Afreximbank, has pledged to work to support the state, adding this would be done through the state granting a robustcredit line for prospective investors or entrepreneurs from Imo state.

In his first enlarged meetingwith Imo state stakeholders, since hisinauguration and in keeping with his promise on openness andcommunications in his administration, Ihedioha stated that for eightyears, the state has not leveraged on multilateral developmentassistance on “account of our inability to comply with certain basicrequirements, such as payment of counterpart funding,” he said.

He informed that a team of investors had visited Imo Modern Poultry,Avutu and had shown keen interest in revamping the project. When revived and working at full capacity, it is thought that it has capacity for over 2,000 jobopportunities would be provided and such increase the internally generated revenue, besides what they generate in cash alone.