The US and China seem to be preparing for a prolonged trade conflict, said economist
Raising tariffs on all Chinese goods that enter American borders will likely hurt U.S. economic growth, which has already shown signs of slowing in recent months, according to Japanese financial firm Nomura. 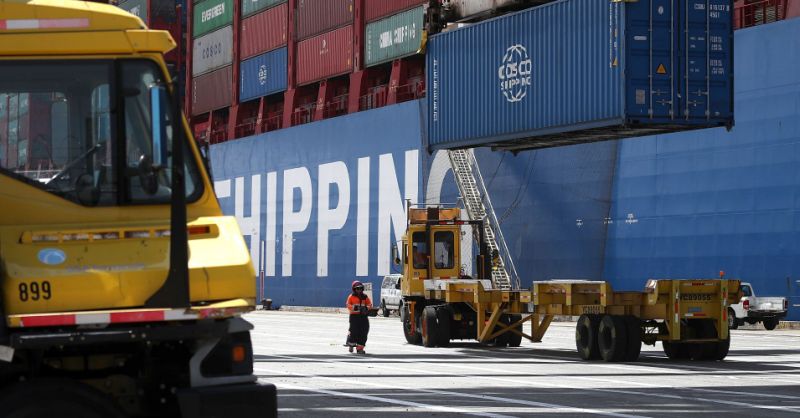 President Donald Trump has claimed on several occasions that the U.S. has collected billions of dollars in tariffs paid by the Chinese, which partly contributed to the strong American economy. Economics experts say that’s not, in fact, how tariffs work, and Nomura’s chief U.S. economist, Lewis Alexander, said Tuesday the net impact of the trade fight is likely negative for America.
Tensions between the U.S. and China escalated earlier this month, when Trump announced an increase in tariffs on $200 billion of Chinese goods from 10% to 25%. He also threatened to apply 25% tariffs on the remaining imports from China worth around $300 billion.
Beijing retaliated by raising levies on $60 billion worth of American products.
Alexander said there’s evidence that tariffs collected by the U.S. government are being paid by American firms and consumers, rather than the Chinese. “And frankly, on net, it’s likely to be a drag on U.S. growth rather than neutral,” he told CNBC at the Nomura Investment Forum Asia in Singapore.
Governments collect import tariffs from companies that bring in the goods, so Trump’s tariffs on Chinese goods are typically paid by American importers. That said, the cost of those tariffs can get passed on to anyone from the original manufacturer in China to a consumer in a U.S. store.
The exact cost distribution of the current trade war remains unclear, but research published by the New York Federal Reserve Bank estimated that U.S. tariffs on China will cost the typical American household $831 per year.
The continued tariff fight between the U.S. and China — the world’s two largest economies — comes at a time when the American economy is “clearly slowing,” Alexander said. He added that “the biggest thing” that will affect U.S. economic growth and decisions by the Federal Reserve is how trade developments affect business confidence and investments in the coming months.
Fed to stay on hold
Still, the potential hits to the U.S. economy don’t justify a rate cut by the Fed, according to Alexander. He explained that if the U.S. moves ahead to impose 25% tariffs on all Chinese goods, core inflation in America could tick up by 0.5 percentage point over the next 12 months.
Central banks globally typically cut interest rates to stimulate economic activity and stoke inflation. Lowering rates while inflation is inching up puts an economy at risk of overheating, which is often a precursor to a painful downturn.