Thousands of workers on Wednesday appealed to employers of labour to respect the collective agreement, as they marked the 2019 International Workers Day celebration in Lagos. 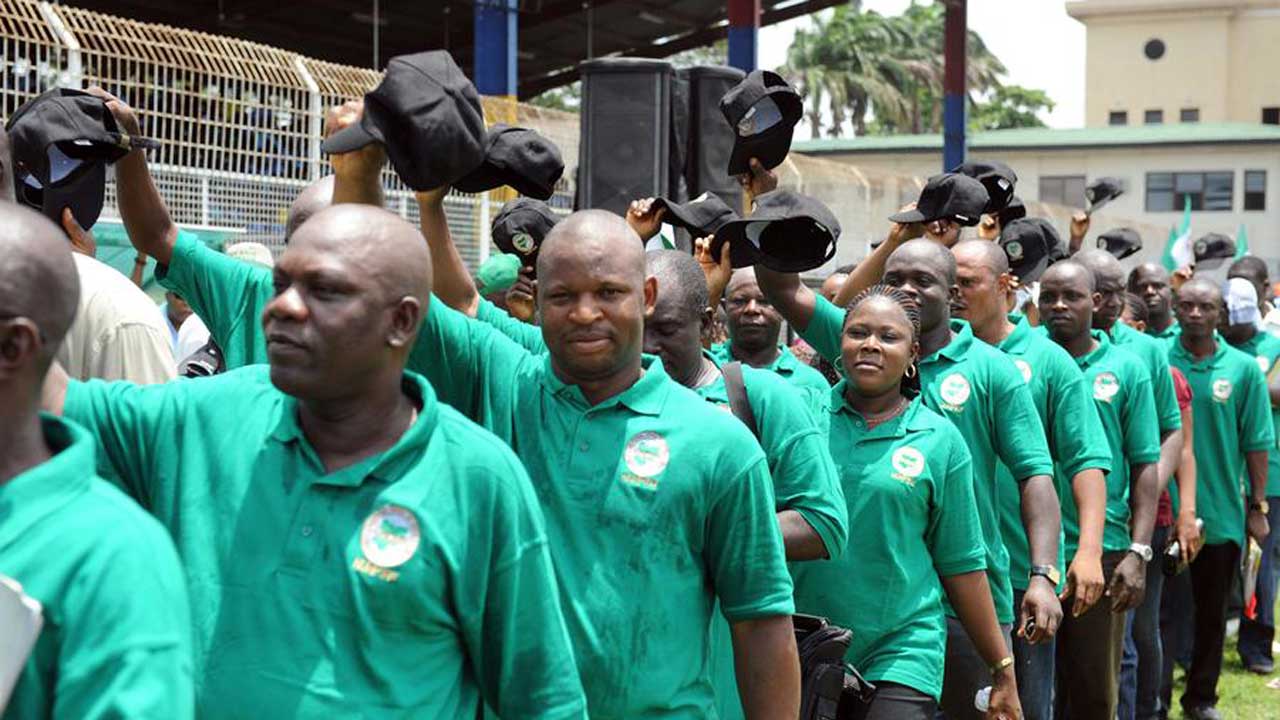 The workers commended President Muhammadu Buhari for signing the N30,000 minimum wage bill into law and urged other states and private employers to pay the agreed sum. Recall that Buhari had on April 18, signed the N30,000 minimum wage bill into law after the two chambers of the National Assembly had passed the same.
The workers from different industrial unions hailed the approval of the minimum wage but said that a major factor affecting workers and productivity was lack of respect for a collective agreement.  Innocent Jaja, President of Shop and Distribution Union Employees, said it was also sad that many employers do not honour agreements and refuse workers to join the union. Jaja said that irregular payment of salaries was another challenge and advised employers of labour to ensure that workers were paid on time, especially with the new wage increase.
Okesola Adewale, general secretary of Iron and Steel Senior Staff Association of Nigeria (ISSSAN), condemned the increasing rate of casual workers and urged employers to improve the wage of such workers. Adewale said that casual workers were denied many rights, which negate the labour standards for employment even in the International Labour Organisation law.
In his remarks, Francis Ogunremi, chairman, Trade Union Congress (TUC), Lagos State chapter, commended governor Akinwumi Ambode, for his commitment to workers’ welfare in the last four years. Ogunremi said that Ambode was good in the area of prompt payment of salaries, allowances and timely remittance of workers’ pensions and described him as one of the most labour-friendly governors.
He also commended the initiative of the governor in projects such as roads, solving traffic challenges, especially the launch of Traffic Information System. Also, Funmi Sessi, Lagos State chairman of the Nigeria Labour Congress (NLC), advised the Federal Government not to increase the Value Added Tax (VAT), as a means of funding the 2019 budget.