Snap Inc. is battling a backlash from users over a new version of its Snapchat social-media app, which was launched in February and is aimed at broadening its business beyond its core teen and young adult audience. More than 1.2 million Snapchat users have signed a petition to roll back the revamp. In late February, the company’s shares fell about 6% in reaction to this tweet by reality-television celebrity Kylie Jenner: “sooo does anyone else not open Snapchat anymore?”

Separately, on Thursday, pop star Rihanna urged her fans to delete Snapchat because it featured an ad for a mobile game that appeared to mock her relationship with pop star Chris Brown. Snap said the ad was “disgusting” and never should have appeared on its service. Snap’s shares dropped 3.6%.

The reaction toward the new app is worrying even Wall Street. Citi analyst Mark May in February downgraded Snap’s shares to sell from neutral in part, he wrote, because of the app redesign. The jump in negative app reviews “could result in a decline in users and user engagement, which could negatively impact financial results,” said the analyst.

The fury doesn’t appear to be damaging the app’s popularity yet. Despite the uproar over the redesign, first-time installs of Snapchat increased about 18% in the month after its launch, compared with the prior approximately monthlong period, according to app-research firm Sensor Tower Inc. Users also appear to be spending more time in the premium content section of the app called Discover, according to people close to Snap.

Industry veterans warn that there is often a disconnect between what users say and do. Instead of focusing on what users say, people in the industry say, social-media companies carefully track how frequently users are logging on and the duration of their visits and how much content they area creating.

History shows that website and app redesigns can pay off: FacebookInc., Instagram (part of Facebook) and Twitter Inc. all experienced similar pushback at times, only to see their user numbers grow. For social-media companies with a loyal following, retooling to appeal to a broader swath of users is a challenging, but sometimes necessary, step to keep growing.

“Everything is at stake,” says Mike Hoefflinger, a former executive at Facebook who wrote a book about the challenges that defined the company. “Making the decision between faster horses and the Model T can be the beginning of a decline towards death or a re-energizing towards growth.” 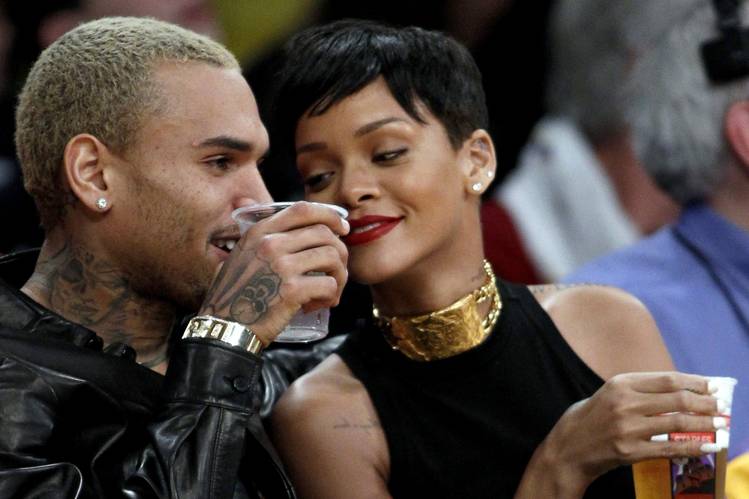 Pop star Rihanna, right, seen with Chris Brown in 2012, last week told her fans to delete Snapchat because it featured an ad for a mobile game that appeared to mock her relationship with him. Snap condemned the ad. PHOTO: ALEX GALLARDO/ASSOCIATED PRESS

When Facebook introduced its news feed in 2006, for example, hundreds of thousands of users emailed Facebook to express their outrage. “Twelve years later, the news feed has proven to be not only the most important feature at Facebook, but also one of the most influential media ever,” Hoefflinger said.

Some redesigns can flop. In 1985, Coca-Cola Co. changed the formula for its best-selling soft drink; howls of protest from loyal drinkers led the company to return to its original formula a few months later. And in 2009, when PepsiCo Inc. changed the branding of its Tropicana juice to target a younger market, sales dropped 20% in six weeks. “They tried to do a younger look, but it alienated their core,” says Dean Crutchfield, an independent branding consultant who has worked for PepsiCo. PepsiCo quickly reverted to its original branding.

Tech companies aren’t immune from failure, either. In 2013, Facebook announced a new version of its Android app that would replace the phone’s home screen with Facebook content. After months of criticism, Facebook Chief Executive Mark Zuckerberg killed the project.

In its February update, Snap rearranged features and streamlined the interface to make it simpler to navigate.

Users said they struggled to find their friends’ video and photo montages, and some lost track of their Snapstreaks, threads of messages they reply to every 24 hours.

Snap responded by saying it would make it easier for users to find their stories with a new section of the app, called tabs, but stopped short of promising any rollback to the old version. “We completely understand that the new Snapchat has felt uncomfortable for many,” Snap said in its post.