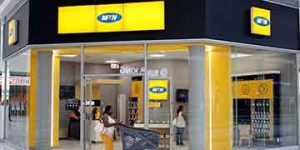 The company agreed to sell its 53 percent stake in Botswana’s Mascom to Econet Global Ltd. for $300 million, the Johannesburg-based company said in a statement on Thursday. Other businesses now on the market include e-commerce services, which includes Nigerian online retailer Jumia Technologies AG. and Travelstart.co.za. MTN is also looking to sell its interest in IHS Towers Ltd., the company said.
The news comes a year after Chief Executive Officer Rob Shuter announced a review of MTN’s then-22 markets across the Middle East and Africa to evaluate ways of simplifying the business and focus on the highest-earning countries. South Africa, Nigeria, Iran, Ghana and Uganda account for more than 84 percent of earnings, while some of the others, such as South Sudan and Syria, have been ravaged by conflict. MTN sold its Cyprus unit for 260 million euros ($294 million) last year.
The sale of MTN’s Botswana interest comes two days after Bloomberg News reported that the carrier was considering a disposal of the unit.
“We are simplifying the group, we are reducing risk, and improving returns,” Shuter said in a phone interview. “That will generate some returns that will be helpful for our gearing and other priorities.”
The shares gained 15 percent, the most since June 2016, to 87.83 rand as of 12:34 p.m. in Johannesburg. The stock is still down by 28 percent in the last 12 months, valuing the carrier at 166 billion rand.