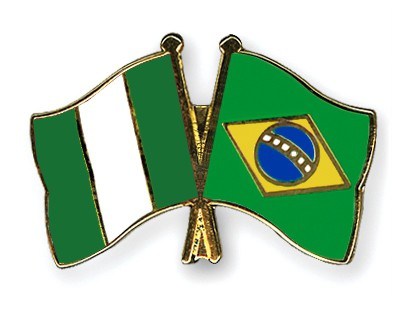 The governments of both Nigeria and Brazil on Thursday
inaugurated a $1.1 billion  agricultural mechanisation programme that
covers the entire agricultural value chain.

Osinbajo said that the project was a crucial component in the president’s
signature focus on agriculture as the centerpiece of Nigeria’s economic
diversification efforts.

“As a policy issue we were clear that without mechanization at the bottom
of the agric pyramid in Nigeria we would not be able to make the quantum
leap in agriculture production capacity and create high quality agric and
agro allied jobs.

“The programme was designed as a combination of service centers where
technical capacity and training will occur, to the local assembly of
tractors and other agriculture machine   and processing centers where agro
processing will be done.”

Osinbajo said major dividend of the project would be the thousands of
quality jobs for Nigerian youth.

“One of the reasons more  young people  especially those who do not have
rural, farming backgrounds do not warm up to agriculture is really the
fact that farm  equipment are archaic hoes and cutlasses  and, of course,
this  requires much physical labour.

“Consequently, the average farmer is 60 years; this project changes all
that,” he said.

The vice president said the project was private-sector driven, pointing
out that both Nigerian and Brazilian investors were committed to investing
and working on the project.

On her part, Zainab Ahmed, Nigeria’s minister of finance, described the
project as a significant landmark in the revolution of agriculture in
Nigeria.

She said the project would be implemented with “a total loan package of
$1.1 billion, largely from the Brazilian government.”

Ahmed said the loan would be disbursed in four tranches over a period of
two years.

“It is imperative for me to state here that the greater percentage of this
loan would be provided in kind through the supply of agricultural
machinery and implementation in the form of Completely Knocked Down parts,
CKDs.

“This arrangement is expected to reduce the fiduciary risk and create more
employment opportunities for our teeming youths and those that will be
involved in assembling the machinery as well as operating the implements,”
she said.

The minister said the project would be implemented in all of the 774 local
government areas in Nigeria.

She said the selection of the participants in the project would be based
strictly on merit as the primary concern was the success of the project.
She said the project was designed to repay the loan facilities through its
own proceeds and would not bring a burden on Nigeria taxpayers.

Audu Ogbeh, minister of Agriculture and Rural Development, Chief in his
remarks, said machines as well as spare parts would be available under the
scheme.

Earlier, Guerra de Araujo, said the initiative would benefit the whole of
the Nigerian economy.

According to him, ‘The Green Imperative’ will create about five million
new jobs across the agriculture value chain and  reducing the rate of
poverty.

The Green Imperative project is also aimed at promoting the
competitiveness of agricultural sector.