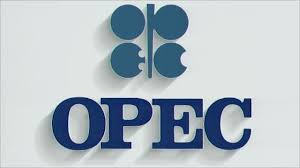 OPEC, in its latest Monthly Oil Market Report for January, said Nigeria’s output rose to 1.750 million bpd in December from 1.739 million bpd in November, according to secondary sources.

Crude oil output decreased mostly in Saudi Arabia, Libya, Iran and the United Arab Emirates, according to the report.

In a related development, oil prices dropped by three per cent on Tuesday on signs of the spread of an economic slowdown in China, stoking concerns about global growth and fuel demand.

The gloomy news from the world’s second-largest economy and top oil importer pulled down financial markets across Asia, the CNBC reported.

China reported the lowest annual economic growth in nearly 30 years on Monday and its state planner warned on Tuesday that falling factory orders pointed to a further drop in activity and more job losses.

While China’s oil imports have so far defied the economic slowdown, hitting a record above 10 million bpd in late 2018, many analysts believe that the country has reached peak energy growth, with its thirst set to wane.

The International Monetary Fund on Monday trimmed its 2019 global growth forecast slightly to 3.5 per cent from 3.7 per cent in last October’s outlook.

“Does that mean a global recession is around the corner? No,” IMF Managing Director, Christine Lagarde, told reporters at the World Economic Forum in Davos, Switzerland. “But the risk of a sharper decline in global growth has certainly increased.”

Despite the darkening outlook, oil prices have gained some support from supply cuts by the OPEC since the beginning of this month.

Nigeria spent a total of N2.39 trillion on the importation of 17 billion litres of petroleum products in the first three quarters of 2018, according to data released by the country’s statistics bureau, National Bureau of Statistics (NBS) obtained by business a.m.

An analysis carried out by business a.m. revealed that funds spent on the importation of petroleum products in the period under review increased for the second time in a row, by 13 percent, in comparison with the first three quarters of 2017 which stood at N2.09 trillion.

Nigeria’s trade rose by 2.5 per cent to N8.24tn in first quarter