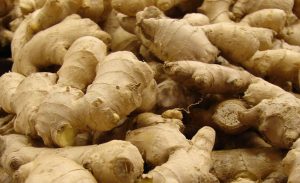 in Kaduna state are yet to feel the impact of the federal government’s Anchor Borrowers Scheme agriculture intervention programme (ABP) as over 5,000 applications to the Central Bank of Nigeria  (CBN) are yet to be considered for approval.
The farmers are also suffering from poor alternative credit facilities as they complained that commercial banks‘ lending attracts 28 percent interest rate for access.
Nuhu Najira, chairman, Ginger Farmers Association, in a monitored report, said lack of modern inputs and facilities to accelerate farming such as quality seeds, tractors, fertilizer and chemicals from the state government was also constraining ginger cultivation in the state.
“We had negotiated to reach up to 12 percent interest but the banks declined and insisted on 28 percent,” the chairman said.
“The last time we received these inputs was in 2014 and since then, we go through all the processes individually and as an association, but to no avail,” Najira added.
After production, the farmers are also confronted with poor pricing and what they describe as “so much interference by middlemen”. These challenges they say are responsible for the fall in the prices of the commodity both at local and the international market.
In 2017, ginger prices saw a 112 percent decline to N8, 000 from N17, 000 per bag in the local market, with similar drop recorded in the international markets.
Najiru said: “This happened at a time when farmers spent as much as between N900, 000 and N1.2 million as cost of production per hectare.’’
He noted that farmers require modern storage facilities for their produce to maintain quality to attract good price at the international market, adding that local storage of the commodity had resulted in losses to farmers due to exposure to contaminations which reduced the quality and standard required for export.
In a recent revelation, farmers in Kaduna state harvested a total of 723,971 metric tonnes of Ginger in the 2017 cropping season.
According to Reuben Sonkob, deputy director, Monitoring and Evaluation at the State Agricultural Development Agency (KADA) said the output was realised despite the challenges farmers faced during the season.
“Our records for 2017 showed that Ginger farmers harvested 723,971.56 tons of the crop in 2017 in spite of  various challenges the farmers faced  in the course of cultivating the crop,’’  Sonkob said.
Najira, also noted that the 9,560 members of the association, could ramp up the production of the commodity if they receive adequate empowerment.
But, Francis Danfulle, the deputy director, Agric Extension Services at KADA, explained that ginger farmers did not access funding support through the Anchor Borrower Programme due to the lack of commitment to pay by farmers who benefited from the scheme in 2016.
According to him, more than 30, 000 farmers applied for Anchor Borrowers credit facility when it was introduced in 2016 and 11, 000 of them cultivating other crops were unable to pay back the loan granted them.