By Adesola Afolabi and Afolabi Oluwaseun

Shehu Sanni, president, Miners Association of Nigeria has advised domestic investors interested in the Nigerian mining sector, to invest in domesticated mineral processing while also calling for the sensitization of investment towards mineral processing. 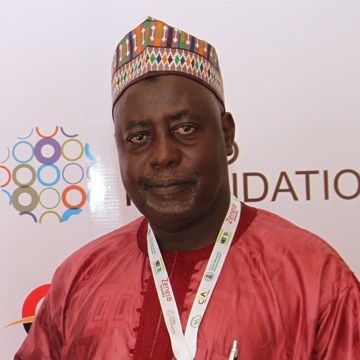 At a one-day sensitization forum hosted by NACCIMA, themed, “Potential of the Nigerian Mining Sector,” Sanni said that there are value chain gaps in the industry and investors should be poised to seize them, adding that one of those gaps exist in the processing of minerals.

Sanni said, “there is a value chain gap, I can boldly tell you that the industry is in dire need of processed minerals, as we speak, the majority of miners in the country are artisanal and therefore do not have the resources to mine and process.”

According to Sanni, domestic processing of minerals found in the country contribute significantly to the overall benefits of the value chain and creates more returns to the processors.

I can tell you that processors make more money than miners, processing is safer than mining, all these Chinese companies that come to buy our minerals, it is not as if they buy them just to sell them that way, they take it back to their country for processing, sell the processed minerals, and make their money, why can’t we process here and sell by ourselves, with all this in mind, there is a need for us to sensitize investors on the benefits in mineral processing,” Sanni added.

This, he said will partly improve the sectors development and contribution to the country’s revenue generating stream.

The Nigerian mining industry is projecting a growth of $27 billion representing a three percent contribution to overall Gross Domestic Product (GDP) by year 2025 as against current contribution of 0.3 percent which amounts to $400 million.

The president of Miners Association of Nigeria also called on the ministry to help with the protect legal miners from state governments and local government, in order to have a hitch-free operation, adding that instead of state government to look at miners as income sources, they should see them as state investment and invest in these miners to make ‘dividends’

Sanni said, “I was speaking to El Rufai one time, and I ascertained that state governments need to be smart, instead of overbilling these miners out of their state and work, they should invest in them to make gains on their investment, make dividends.”

Nere Teriba, the vice chairman of Kian Smith Trade & Co Ltd, shared little insight into the success of Nigeria’s first gold refinery, she stated that there is so much expectation and they are sure they won’t fail, because they plan to involve the full value chain of gold usage, without the exemption of any party.

Teriba said, “we are positive and optimistic that we won’t fail, we have a refinery and what we have done is work with the full value chain from the miners to the processors, to the suppliers, to the dealers, even banks and dealers, we are not cutting anybody off, we are taking into consideration the specification of dealers, we are even covering the taxes of some miners.”

“We will be supplying the Central Bank, the Jewellery and the Electronic Industry, we have already secured a significant monthly supply of gold from Zamfara, Kebbi, Kwara, Niger, Kaduna, Ibadan, Ile-Ife, Ilesha and about 100kg per month from other parts of Africa,” Teriba added.

She also admonished miners to the work together, form partnerships and should not look towards the government for help.

Teriba said, “I am not advocating for the problems we face, but there is a need to face reality, and the reality is that the government is overwhelmed, our sector is underfunded. The government want to act as the owner of your business, the regulator, the police and investor, which is not possible.

“The truth is, everyone has an interest in our sector, the land owner, the community chief, the king, the local government and also the state government, so we need to stick together as miners, we need to help each other, yes, the sector is tough, but together we can reach our goals,” Teriba said.