The National Identity Management Commission (NIMC) has joined the Secure Identity Alliance (SIA), the global identity and secure digital services advisory body, which promotes legal and trusted identity for all, as an advisory observer. 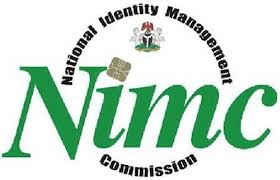 Making the announcement on Monday, the SIA authorities named Aliyu Aziz, the director general of the NIMC, as the Chair of the Advisory Committee of the Open Standards Identity API (OSIA) initiative, in his capacity as an advisory observer and the representative of the commission

The meeting is SIA’s ground-breaking global programme that sets the standards guarding against vendor lock-in for technologies and solutions used by government agencies worldwide in the implementation of their respective identity programs.

The organisation explained that by allowing governments to exert full control over their national identity programmes, the OSIA initiative provided the standardized data formats and open interfaces that eliminate the interoperability challenges which, all too frequently, hamper the evolution of national Identity systems.

Supported by the world’s largest identity providers, the Open Standards Identity API (OSIA) would expectedly enable governments and it agencies like the NIMC to eliminate today’s identity silos and extend coverage to provide universal legal identity for all its citizens and residents.

The organization stated: “Injecting new levels of flexibility and openness, the Open Standards Identity API will enable seamless connectivity between all components of the identity management ecosystem – independent of technology, solution architecture or vendor – to assure the seamless interaction of services.

“With these open standards in place, governments can plan and evolve their systems in complete confidence”, it added.

The NIMC boss will play a critical role in overseeing the work carried out by the OSIA GitHub Community and OSIA Workgroup, as an OSIA Advisory Committee Chair.

He enthused: “I’m delighted that the era of vendor lock-in is fast coming to an end, yet many agencies and governments across Africa remain unaware of the potential opportunities that OSIA unlocks— including a reduction in the total cost of ownership of their Identity systems.

“Part of my role will be to spread the word and ensure everyone knows they can access the interconnectivity resources they need to enable high functioning and interoperable Identity ecosystems.

Commenting on the development, the Chairman of the SIA’s Board, Frédéric Trojani, explained that the programme represented an industry-wide commitment to breaking down the technical barriers that, until now, have stood in the way of achieving the United Nations goal of establishing legal identity for every citizen by 2030.

According to him, OSIA initiative will help enable the sovereign identity systems that ensure citizens around the world benefit from universal coverage from birth to death, free of discrimination.

“The work of the Advisory Committee of the OSIA (Open Standards Identity API) initiative will be critical, going forward, in helping to ensure governments around the world can implement the most appropriate solutions for their needs, without commercial or technical restrictions, and we’re delighted that Engr. Aziz from NIMC will help guide and shape this vital programme”, he added.

Trojani explained further that the OSIA initiative represented a new era of openness and collaboration between the world’s largest identity providers to resolve the interoperability and data sharing challenges that previously left governments with limited options, should they need to evolve their ID ecosystems.

In her remarks, the Chair of the OSIA Workgroup, Debora Comparin said: “The industry’s open standards vision means governments are now free to use any technology they choose and can take advantage of innovative and emerging technologies as they see fit – confident that there will be no need to discard existing legacy Identity investments.”

The SIA stated that it warmly welcomed governments, and stakeholders within the wider identity community, seeking to contribute to this industry-wide initiative.