Nigeria’s Senate Committee on Banking, Insurance and Other F 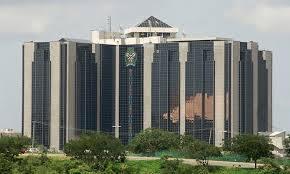 inancial Institutions has expressed concern over the decision of the Central Bank of  Nigeria (CBN)  to increase the minimum capital base of microfinance banks.The CBN had increased the minimum capital base of unit MfBs to  N200 million from  N20 million; state MfBs to NI billion from  N100 million, and that of national MFBs to  N5 billion from  N2 billion.Speaking during an oversight visit to the Nigeria Deposit Insurance Corporation (NDIC), Rafiu Adebayo Ibrahim, chairman of the committee said that the new minimum capital base announced for MfBs by the CBN is inimical to the objectives of the financial inclusion strategy.The senate committee also expressed a strong commitment for the accelerated amendment of the Nigeria Deposit Insurance Corporation (NDIC) Act, 2006, to eliminate the gaps that have hindered the full realization of the public policy objectives of the implementation of the Deposit Insurance System (DIS) in Nigeria.Umaru Ibrahim, chief executive officer of the corporation updated the committee on the recent activities of the corporation including the response of the NDIC to the revocation of the licences of 153 micro-finance banks (MFBs) and six primary mortgage banks (PMBs), by the CBN.Members of the Committee were informed that the corporation had already commenced the payment of depositors of 25 MFBs and the deposits verification of 50 others.He listed the challenges encountered by FMBs in particular to include non-performing loans, insider credit and abuse, non-compliance with extant regulations on their establishment and the overbearing indulgence in other fringe operations, along with poor earnings.The NDIC boss further used the opportunity to inform members of the committee of the strong resolve and commitment of the corporation to assist in the investigation and prosecution of all those who contributed to the collapse of the defunct Skye Bank.On the issue of the long suffering depositors of Savanah Bank, Fortis MFB, Aso Savings and Union Homes, Ibrahim expressed the view that unless the enabling law of the corporation was speedily amended, the corporation was handicapped in acting to end the plight of depositors of the institutions.