For two years, Nigerians have talked about a “reformed” security contract to an Israeli firm, HLSI Security Systems and Technologies Limited valued at $195 million for securing Nigeria’s maritime domain. 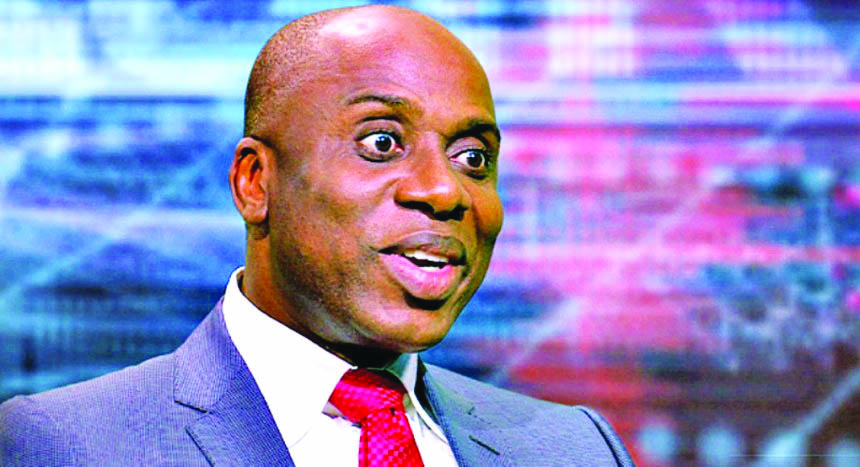 It’s been two years of paying $50,000 monthly to a company whose services are yet to be seen, with men of the underworld having a field day on Nigerian waters, while the citizens pay the multiples of surcharges by shipping lines that are embedded in every little good bought from the store.

Nigerians have questioned the rationale behind the contract when a similar contract awarded to an indigenous firm, Global West Vessels Specialists Limited (GWVSL) remained within the confines of controversy for the three years that it operated between 2012 and 2015, and was highly criticised. The contract to GWVSL was for 10 years. All the platforms provided by that contract; no accounts are needed. Maybe, there were no platforms after all.

But there is no much difference between the $103 million (N21 billion) maritime security contract to GWVSL during the Patrick Akpobolokemi reign and that of the $195 million (N70.2 billion) contract to HLSI Security Systems and Technologies Limited under the current administration of Dakuku Peterside. Both are for the usual “provision of platforms for fighting piracy and crime in our waters.” The companies were not to man the platforms, but our men, our well-trained naval commandos under the NIMASA-Navy MoU would man the platforms. Both would help police the waters, fight piracy and sea crimes to a standstill, make our waters the safest in the world and above all, help NIMASA earn billions of dollars for the federal government.

Perhaps, the only differences are these three: GWVSL is local while HLSI is international; One is forgotten, while the other has just been born; and the former was a moderate size contract while the latter is a mega-size contract.

But things are no longer how they were looking like from the beginning. Two years after awarding the mega-size contract to the Israeli firm, the platforms appear to be taking too long to launch in the waters. Even the honourable minister of transportation, who supervised the contract, has lost comfort. Rotimi Amaechi hates euphemisms. If you have a bitter pill to serve him, remove the sugar coats, because he wouldn’t coat your Sambiloto with any sweetener when it is time for him to serve yours.

So, last Thursday, at a shipping stakeholders forum in Lagos, he let off his feelings about this long-awaited contract. He has managed to play the diplomatic game for two years now. Now is time to be himself. So, he told Nigerians he was no longer finding it funny with the contractor. In fact, the minister did not appear to be enjoying all the wahala of the maritime industry. He is more at home with developing the railway subsector. Yes, the maritime industry is complex, too complex to understand; too many interests; too many pressure groups; too many unharnessed opportunities and it is difficult to find where to start from.

So, he has dumped maritime for his deputy, the minister of state for transportation, Gbemisola Saraki to take care of, after admitting that he wasn’t even there in the last four years. He had allowed the heads of the agencies to steer their own ships, or would we rather say boats? There are billions of dollars contracts being dished out in the rail sector. The Muhammadu Buhari-led administration is re-positioning the railway sector and that’s on top priority. Billions of China dollars are being borrowed and, “Just yesterday, we got approval to complete the $5.3 billion Ibadan to Kano rail project. We have also applied for funding to commence coastal rail for the Port-Harcourt to Warri segment,” the minister had said.

The $195m maritime security contract was signed off by the Federal Executive Council in December 2017 after the government stopped the GWVSL contract. The contract to the Israeli firm is for the provision of three helicopters, three big battle-ready ships, 12 vessels and 20 amphibious cars, to aid security of Nigeria’s waterways.

In January 2018, the House of Representatives criticised the management of NIMASA for awarding the contract to HLSI, saying it was a breach of Nigeria’s internal security and defiance of the local content law. But with the blessings of the president, the contract finally sailed through.

President Muhammadu Buhari had in May 2018, cancelled the contract directing the Attorney General of the Federation, Abubakar Malami, to terminate the contract and for the National Security Adviser and the Nigerian Intelligence Agency to investigate how the contractor obtained security clearance without an end-user certificate. The Federal Government, however, reinstated the contract in August last year.

The minister had said during a sub-regional shipping industry forum in Abuja that platforms and equipment meant for use under the contract were still being manufactured, adding that it would take some time up to December to have the platforms delivered. He however hinted that the Nigeria Navy, Air Force and other agents who would man the platforms under the contract are currently being trained.

“The infrastructure that the security firm is purchasing are not things you buy off the shelf. They have to be fabricated. They are buying two or three helicopters. You don’t just go there and say, give me this helicopter, they have to manufacture it. They are buying 20 speed boats; they can’t be got off the shelf. There is also one or two big boats that will carry the helicopters. Now, the Naval, Air Force officers and other agents that will man the equipment are in training. All those things will take time, but we have told them that they should be on the waters before December. Everybody is tired. Nigeria is becoming very notorious,” Amaechi said.

However, speaking during an interactive session with maritime industry stakeholders in Lagos, Amaechi lamented delays in the execution of a $195 million security contract awarded by the Federal Government to HLSI Security Systems and Technologies Limited to secure the nation’s maritime domain.

Ameachi said the claim by the firm that the infrastructure meant for the project are not things that are bought off the shelf is not enough justification why the equipment should not have been launched two years after the contract was awarded.

He said, “On maritime security, I have told the Israeli firm HLSI that they are too slow. By now, they should have launched. I want to know the situation of things with the aspect of security on our maritime space and I would be meeting with them on Tuesday.

“The contractor claimed that equipment meant for the project is not what you buy off the shelf but that to me is not enough reason for the delay in the take-off of the project. HLSI said they have to fabricate the equipment and bring it down to Nigeria but we are losing man-hour, human beings and business to insecurity on our waters.”

Ameachi, who acknowledged that he abandoned the maritime industry for the rail sector when he first served as transport minister from 2015 to 2019 said, the Minister of State for Transportation, Gbemisola Saraki, will be in charge of all maritime agencies while he would focus on the issue of maritime security and the Single Window project.

He said, “In my first term as minister, I completely abandoned the maritime sector to the heads of agencies. This term around, that won’t be happening again as I have instructed that the Hon. Minister of Transportation for State should personally supervise the maritime agencies, while I just oversee what is happening.

But as the minister knows, “Nigerian importers are paying billions of naira for war risk surcharges; multinational shipping lines coming into the country are paying heavily to secure their vessels while at berth.

“If there is no insecurity in the water they (the multinational shipping lines) won’t charge you war risk surcharge. So, we have to improve on the security of the maritime domain. I don’t think the charges are deliberate. It is a risk they are bearing, with fear that something may happen, but most of the time nothing happens and they still go away with the money,” the minister noted.

The International Maritime Bureau (IMB) Piracy Reporting Centre rated the seas around Nigeria as the world’s most dangerous for piracy. Of the 75 seafarers taken hostage on-board or kidnapped for ransom worldwide so far this year, 62 were captured in the Gulf of Guinea, specifically off the coasts of Nigeria, Guinea, Togo, Benin and Cameroon.

According to IMB, of the nine ships fired upon worldwide this year, eight were off the coast of Nigeria.

Amaechi has said that the illegal economy on Nigerian waters has hit $25 billion yearly, adding that illegal bunkerers in Nigeria are the 7th largest producers of oil in Africa.

He however warned that whether the Israelis deliver on the contract or not, they would get their money and Nigeria would still be on the losing end. So, can Amaechi now abandon his own contract?