By Omobayo Azeez
Some analysts have identified many bottlenecks against some 22 non-oil commodities that the federal government of Nigeria has said would be harnessed for export promotion. 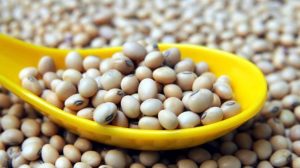 According to the Nigeria Export Promotion Council (NEPC), agent of the federal government, the 22 commodities, if well harnessed, are estimated to be worth over $150 billion in annual export value.
The NEPC had disclosed that the government has identified about 22 non-oil strategic products that will be exported to diversify the nation’s foreign exchange earnings away from oil.
Some of the targeted products include, palm oil, cashew, cocoa, soya beans, rubber, rice, petrochemical, leather, ginger, cotton and Shea butter, tomato, banana and plantain.
Analysts at CSL Research, remarked that the initiative is a welcome development given the recent impact of the downturn in oil prices on government revenue and foreign exchange earnings of the country.
However, they noted that the realization of the objective would be highly dependent on the extent to which productivity in the agricultural sector can be improved upon to satisfy domestic consumption and boost exports.
While they also commended initiative by the Central Bank of Nigeria (CBN) to incentivise participation in the sector, they said the results from the efforts so far are not supporting the export promotion agenda.
“We note that the CBN, in recent years, through initiatives such as the Anchor Borrowers Programme (ABP), Commercial Agricultural Credit Scheme (CACS), has played an active role in providing affordable finance to improve the productivity of the agricultural sector.
“Furthermore, the CBN has also complemented its efforts with the use of administrative controls to strengthen local production by placing a ban on access to FX for importers of many of the agricultural products identified by NEPC.
“Despite the actions of the CBN, growth in the sector is yet to show a remarkable improvement,” they said in an insight just released.
Based on data obtained from National Bureau of Statistics (NBS), the agriculture sector grew by an average of 3.2 per cent between 2015 and 2019 which pales in comparison to the prior 5 years (2010 -2014) and 10 years (2005 – 2014), when the sector grew by 4.5 per cent and 5.7 per cent respectively.
Without downplaying the role of affordable finance in incentivising local farmers and bosting local production, they said poor farming practices and inadequate agriculture infrastructure remains a huge constraint on productivity.
“Majority of local farmers cultivates on small lands, adopts crude implements and methods and is heavily reliant on rain to grow their crops.
“These have resulted in lower yields on farmlands. In addition, lack of storage and agro-processing facilities and decrepit road infrastructure which hampers route-to-market have contributed to post-harvest losses,” according to them.
The analysts further recalled that last published Agriculture Promotion Document by former Minister of Agriculture, Audu Ogbeh puts harvest loss rates of perishable crops at 60 per cent.
They, therefore, asserted that boosting agricultural productivity requires increased investment in research and development on plant breeding and crop planting, provision of fertilisers and irrigation facilities, agglomeration of smallholder farmers into larger groups and enhancing infrastructure (storage and transportation) to reduce post-harvest losses.
“It becomes even more important to focus on implementing these measures in order to improve agriculture as the African Continental Free Trade Agreement (AfCFTA) presents a significant opportunity for the nation to improve export of agricultural produce,” they concluded.

FG launches Temporary Passport for Nigerians in the diaspora

ExxonMobil to keep focus on hydrocarbon for better returns