Make that four drug approvals for Pfizer’s oncology unit in less than two months. In a welcome streak for the pharma giant—what with Lyrica generics looming—the FDA handed out a go-ahead for Daurismo, a treatment for acute myeloid leukemia.
The new approval puts Daurismo, in tandem with low-dose cytarabine chemo, in line to treat newly diagnosed adults aged 75 and older or those for whom intensive induction chemo isn’t an option.
The drug won’t be alone in that market—on the contrary, U.S. regulators handed down an approval for AbbVie and Roche’s Venclexta-chemo regimen in the same population on the very same day. But Pfizer’s offering is the first in its class of so-calle 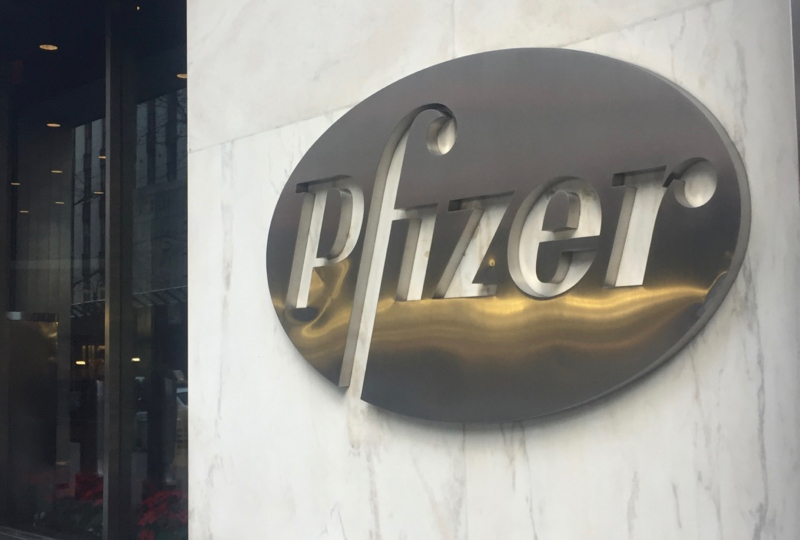 d Hedgehog pathway inhibitors—which impede the development and survival of cancer stem cells—to nab a green light in AML.
Pfizer also isn’t new to the AML arena, and it’ll call on its experience there to launch Daurismo. Last year, its Mylotarg made a comeback after seven years off the market, picking up the FDA’s blessing in newly diagnosed patients whose tumors express the CD33 antigen and in relapsed/refractory CD33-positive patients.
Of course, Daurismo isn’t the only cancer drug Pfizer’s working to roll out. The pharma giant has gone on a tear, starting with a thumbs-up for targeted lung cancer product Vizimpro in late September. Since then, it’s also collected OKs for PARP inhibitor Talzenna and Lorbrena, its follow-up to ALK inhibitor Xalkori.
Those cancer sales will be key to Pfizer as generics bite into one of its top sellers, Lyrica. Copycats are expected in December or in the middle of next year. And meanwhile, the pharma giant is hoping to eventually grab additional indications for Daurismo, too: It’s testing the product alongside other AML treatments in phase 3 studies, Mace Rothenberg, M.D., Pfizer Oncology’s chief development officer, said in a statement.

10-years after, Nigerians raise expenditure on food, non-food items by over 95%