In addition to the democratisation of acquired skills is the search for trustworthy and dependable, albeit cheap labour. And the way out of all of these was the apprenticeship scheme. The apprenticeship model made it possible for those who are successful in merchandising to transfer the same skills and expertise to others. And because most of the apprentices were people already known to them (the master), it was easy to trust them. Therefore, the Ibos were able to reconstruct their economies and regain, commercial leadership in Nigeria after the Nigerian Civil War. 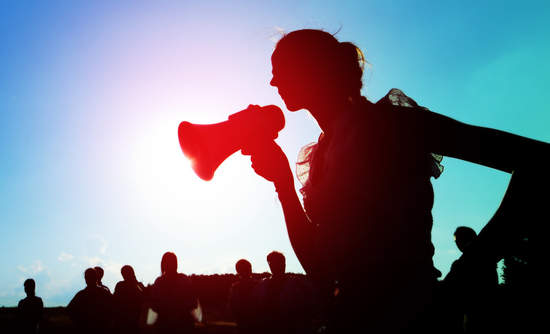 Nnewi community, for instance, as well as Onitsha,  became the merchandising capital of Nigeria and are only second to Lagos. And on the back of this successful apprenticeship driven merchandising leadership, it was able to attract hundreds of manufacturing concerns. Today that economic axis boasts of the highest concentration of individual millionaires in Nigeria outside of Lagos and Abuja.

Given its terrific success, what should be of concern to policymakers is how to correctly adapt that apprenticeship model as a mechanism for actualising the youth affirmative action and restoring the political voice of the youths of Africa. Delivering on those goals will depend on how the scheme is modified and adapted. Two primary challenges affect the capacity of the youths of Africa to regain their voice. These are the neglect of the youths and their poor engagement. There is no doubt that if the Ibo apprenticeship system receives a continental scale adaptation that it will solve these problems. No matter how we configure the apprenticeship scheme, it is never the less engaging. And by engaging the youths, it equally ensures that the youths do not suffer neglect. By that token, they are thought of and included in the series of government planning. And perhaps if the scheme succeeds at the scale it did with the Ibos then, it will have dealt a massive blow on the unemployment challenges faced by the African youths.

Many apprenticeship and internship programs fail the tests of mutual consent by the parties involved. Take, for instance, many of the government-sponsored internship programs or even similar programs run as part of the curriculum of many tertiary institutions. In these programs, it is only the government or the University that ultimately defines the goals of the program. While this is not wrong in itself, it does not provide the flexibility required to accommodate the specific aspirations and unique interests of the would-be intern. Unlike what obtains in the Ibo apprenticeship system where both the would-be master and the would-be apprentices come together to define and ratify the goals of the relationship, the goals achievable through some of these programmes are ab initio set by only one party. It is also not only the goals that are outside the ambit’s of the would-be apprentices but also how to attain these goals.

A good example was a six-month internship program that my university in my undergraduate days made compulsory for the second-year undergrads. The only thing that the University provided us with was a booklet that was to be completed by the firm identified by the candidate student as suitable for the internship. This loophole in the implementation processes made more than 80% of my classmates not to perform this necessary part of our curriculum. They only needed someone from the firm to complete the booklets and affix a supposed official stamp.

Of course, the objective of the programme in itself was noble. The university wanted us to acquire good professional practice experience.

However, it failed on two grounds. The first was that the University did not sufficiently educate the students on why we needed to go through that internship program at that time. In addition to that, as such an internship program occurring in the second year of a four-year university programme was not ideal. In my opinion, it would have made better sense in the fourth year when the students will have started thinking about economic independence and survival after school. However, if the school considered that the second-year was suitable for the program, then it would have invested quality time in educating the would-be intern students on why they needed to take it very seriously. It was that mismatch of interests that contributed to the failure of the interns’ interests in the program. Secondly, the school rarely made efforts to contact the organisations that the would-be interns chose for the program. Perhaps, if that had happened, maybe the organisations would have taken it upon themselves to educate the interns on the importance of the program as well as take the programs seriously themselves. Thirdly, the level of supervision and monitoring of the program from the school was equally very inadequate. That also significantly contributed to the failure of the scheme. And all of these characteristics are typically present in the execution of similar internship programs organised by most government agencies and enterprises.

The third pillar is that the apprentices are finally settled to practice and be financially independent. Of course, this is the high point of the interrelationship, which means that the first and second pillars must have been satisfied. The satisfaction of the third condition or the component is equivalent to full employment for the apprentices. This means, therefore, that the Ibo apprenticeship model can be adapted by various countries in Africa to deal with the unemployment problem and consequently give reasonable economic independence to the youths. This financial independence, in turn, supports the capacity of the youths to air their voices. The challenge now is how to adapt’s this model successfully by the different countries.

Effective implementation of this model by any country should start with the identification of companies or organisations that are committed to the goal of employment. The confluence of points between the youths looking for jobs, the country trying to solve the unemployment problem and the eventual organisation from which this commitment is required ultimately leads to employment. That also means that there should be a proper goal congruence. In effect, therefore, the participating organisations must commit that interns posted to them must be hired at the end of the internship period if the intern or apprentice satisfies the requirements that should permit that. For this to be effective, it also means that would-be apprentices or interns must adequately meet the criteria for at least being hired at the entry-level of the role or the position which the apprentices or intern is targeting post-internship. The implication of this is that ordinarily the intern is qualified to compete for and function in that role. What the internship period will, therefore, do is to strengthen the ability and capacity of the intern to function on the role at the end of the internship period. In addition to that, the company benefits from the free services that the intern will be providing during the period. And since the organisation where the intern served must under its commitment hire the intern, it is most likely going to put in in a lot of efforts to ensure that the intern comes out well trained to function post-internship effectively. That way, the expectations of all parties will have been met, with reduced levels of unemployment. Again, collaboration among all stakeholders and interested parties are quite crucial in making this proposal to succeed.