The Senate on Wednesday amended the Public Procurement Act 2007 and increased mobilisation of local contractors from 15 to 30 per cent. 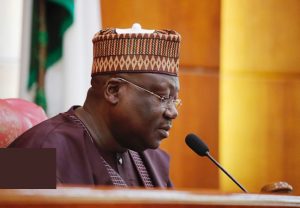 The upper chamber also reduced the time frame for contract award to two weeks for processing and four days to issue certificates to qualified contractors.

Many senators during the consideration of the report argued that the current mobilisation fee for local contractors was inadequate and that it usually leads to contracts abandonment.

The issue of certificate of no objection generated a debate among the senators when the amendments were being discussed.

Most of those who spoke on the matter were divided over whether the certificate should be issued by heads of the MDAs or a special committee in the Bureau of Public Procurement.

The President of the Senate, Ahmad Lawan, noted that the parliament should ensure that there was no delay in contract processing and award by giving a timeframe for the necessary document to issued.

He said doing so was also a better way to avoid corruption.

Some senators suggested the idea of having a representative of the Bureau of Public Procurement in MDAs for the purpose of issuing certificates based on their various threshold.

The members after much debate however agreed to use the issue of timeframe as a means of saving time and stopping corruption in contracts award.

They agreed that contracts should be processed within two weeks while the certificate issued within four days.

On the issue on mobilisation for local contractors, the committee recommended not more than 20 per cent but the Senate approved 30 per cent after much debate on the issue.

The Senate did not fix any percentage as mobilisation fee for foreign contractors because some senators argued that they should be ready to use their money for projects and get paid afterwards.