Banning of importation of vessels into Nigeria for the purpose of trading in the country’s cabotage waters is the boldest policy the government has ever made in the maritime  sector, Greg Ogbeifun, the chief executive officer of Starsz Marine Services has said. 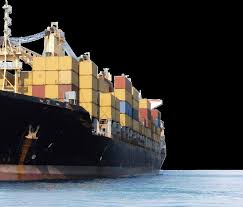 One of the country’s few surviving shipowners, Ogbeifun however expressed concerns that the government in its usual manner may fail to effectively implement the laudable policy.
The Nigerian government plans to end importation of vessels meant for operation within the country’s waters in a bid to develop its dying shipyards and cabotage trade.
This is the second major policy step the government is taking to end foreign dominance in its waters and create jobs in the maritime sector, after it put restrictions on waivers for foreign ships to trade within cabotage waters.
With 853 kilometres of coastal stretch and over 200 nautical miles down the Atlantic ocean, experts believe that Nigeria’s  maritime potential to create jobs is unlimited, with approximated figures hovering around five million jobs.
But tales of foreign ships taking over local jobs with foreign seafarers on board rule the industry year in year out, despite existence of pro cabotage laws and policies such as the Coastal and Inland Shipping Act, 2003, otherwise known as the Cabotage Act.
Ogbeifun is currently one of the few indigenous shipowners operating in cabotage trade with a meaningful investment.
He said, “The government has come out with that statement and it’s very commendable; very bold. But, we have to understand that it behoves on every one of us to make that happen. Primarily, it behoves on the people who acquire ships from abroad to see this as a positive step towards investing in this country, for this country, for the people of this country, for our economy; and when we talk about this, everybody wants to talk about the ship owners.
“Who are the ship owners? You can think of a company like Starsz, you can think of a company like Marine Platform and many others, but don’t forget that NIMASA is a ship owner, Nigerian Ports Authority (NPA) is a ship owner. So, the shipowners we are talking about are both in public and private sectors.
“Therefore, we have to come together to understand, that this policy that the Government has come out with, laudable as it is, will affect even the government, because the government through NPA is one the biggest buyers of ships in the country.
“Government cannot come out with that policy and tomorrow you hear that NIMASA is ordering for patrol vessels and security patrol vessels from Damen Shipyard or wherever; or that the Nigeria Ports Authority, who as you know, a few months ago, brought in new tug boats built by Damen, will also go back to Damen to still bring in ships from abroad when they have made such a policy statement.
“So, when I read it, I said, this is great! This is because, initially, everybody will first look at the IOCs, who are the main employers of vessels, particularly upstream, and thinking: ‘Wow! What are the Totals and the ExxonMobils or Shells of this world going to do, now that this policy has come out?!’
“But, it is the same thing, like I have just said, what is NPA going to do now? What is NIMASA going to do now?
“I hear about a security contract, to police our waters. But, you can’t police the waters without using boats. Those boats or vessels you are going to use, are they going to be built in this country?
“So, it is a laudable, bold policy; but the implementation is what all of us have to be ready, to contribute to. It is not going to be left only for the government; neither to the IOCs, nor for the ship owners,” he stressed, and noted that the implementation must be seen as a collective responsibility of all.
The shipping expert also spoke on the multiplier benefits of a faithful policy implementation, noting that it would soon dovetail into a vibrant steel industry, with serious explosion in employment opportunities for Nigerians, stressing, “It is beyond just looking at boats!”
He made a separation between ship building and ship repair-yards, from Nigerdock, LADOL, STARZS and others, and highlighted the much they could easily contribute, if well harnessed.
But, he also indicated a need for genuine government support, through desirable taxation regime, maintaining that direct government patronage, via a direct policy pursuit is for now, lacking.