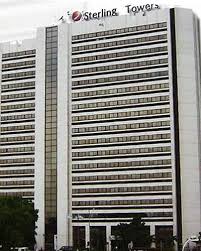 Sterling Bank Plc, has announced its third-quarter 2018 results revealing strong top-line growth and increasing efficient credit risks and cost management practices to deliver a 39 percent growth in net profit during the period.
According to Abubakar Suleiman, its chief executive officer, the bank has been able to sustain its steady growth due to focused implementation of its strategic intent of exceeding customers’ expectations.
He noted that a robust growth of 31.2 percent in non-interest income was driven by a growth in trading and transaction banking revenues, as the bank continues to prioritize efficiency of its digital banking platforms to support its retail drive.
“Our strategic intent to be more customer-focused has continued to yield results. One of such recorded in the last quarter is the increase in the volume of transactions processed through our various electronic platforms since the start of the year. We achieved over one million monthly NIBBS Instant Payment transactions as at July 2018, a 73 percent increase from the start of the year and expect to see continuing traction in this regard,” Suleiman said.
He disclosed that the bank’s Series 2 Notes issuance of N19.7 billion under its N39 billion debt issuance programme was oversubscribed, adding that the net proceeds from the issuance would be recognized as Tier II capital after the regulatory approval.
He said the buffer provided by the additional capital would give room for business expansion across the bank’s focus growth areas including health, education, agriculture, renewable energy and transportation sectors.
“Going into the final quarter of the year, we aim to complete the ongoing implementation of a number of digital-led initiatives in line with our digitization drive. This is expected to further intensify the bank’s retail drive,” Suleiman said.
The unaudited report and accounts of the bank for the nine-month period ended September 30, 2018 released at the Nigerian Stock Exchange (NSE) showed that all major performance indices recorded double-digit growth, indicating growing market share in retail banking.
Gross earnings rose by 21.1 percent to N114.6 billion in the third quarter of 2018 compared with N94.6 billion recorded in comparable period of 2017. The top-line performance was driven by growths in both interest and non-interest incomes as non-interest income rose by 31.2 percent from N16 billion to N21 billion while net interest income increased by 7.8 percent from N36.9 billion to N39.8 billion.
Net operating income thus improved by 26.3 percent to N57.2 billion in the third quarter of 2018 as against N45.3 billion in the third quarter of 2017.
The bank sustained a steady growth in profitability as profit before tax grew by N8.5 billion or 29.5 percent as against N6.5 billion in corresponding period of 2017. Profit after tax rose by 39 percent from N5.9 billion to N8.2 billion. Earnings per share thus improved from 21 kobo to 28 kobo.
Underlying ratios showed improvement in the intrinsic value of the bank. Pre-tax return on average equity improved from 9.6 percent in third quarter 2017 to 10.8 percent in third quarter 2018. Post-tax return on average equity also increased from 8.6 percent to 10.4 percent. Return on average assets was steady at 1.0 percent while cost of risk improved from 1.8 percent to 0.8 percent.
The balance sheet spread also showed increasing acceptance of the bank’s brand and continuing supports of the bank to the growth of the national economy. Customer deposits increased to N723.2 billion by September 2018 from N685.0 billion in December 2017.
The bank’s net loans and advances increased by 10.7 percent to N662.0 billion from N598.0 billion in December 2017. Total assets improved to N1.08 trillion as against N1.07 trillion recorded at the beginning of the year while shareholders’ funds increased from N102.9 billion in December 2017 to N106.2 billion in September 2018.
The bank’s Liquidity Ratio (LR) improved from 30.5 percent in December 2017 to 34.4 percent in September 2018 while Capital Adequacy Ratio (CAR) stood at 11.4 percent. Non-Performing Loan Ratio (NPLR) improved considerably from 6.2 percent to 5.4 percent.

Nigerian manufacturers could shut down as early as January, MAN warns