Investments in the Nigerian telecommunications industry and those of other sub-Saharan African countries are threatened by many challenges, experts have alerted. 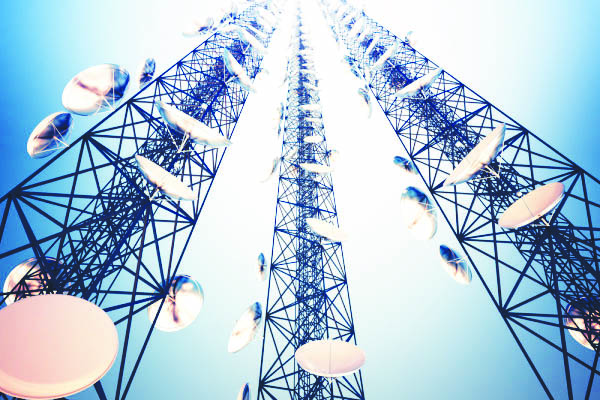 They also disclosed that due to these threats, investors are losing interest and confidence in the markets, a development that, according to them, portends great dangers for the industry.

One of the experts is, Akinwale Goodluck, head of Africa, Global System for Mobile communications Association (GSMA), a body that represents the interests of mobile network operators worldwide, specifically warned that should the current trends continue, the industry is not sustainable.

He said in an interview that there exists a disparity between the expectations and interests of stakeholders in the industry ranging from government to the investors to subscribers.

“I think the biggest threat to all these stakeholders is the continued declining investments by Mobile Network Operators (MNOs) and the struggle of the sector to attract funding compared to the Internet giants for example.

“The inability to attract the right funding is a direct consequence of the problems with declining margins in the industry, and this is driven largely by regulators, excessive competition, which leads to reduction in tariffs.

“In my opinion, I think if this is not checked, the future of the industry is not sustainable, and it poses the greatest threat to the goals of stakeholders in Nigeria.”

“Across sub-Saharan Africa (SSA), we have seen a wave of consolidation, which in itself is not a bad idea. But, we also need to be careful that the unsustainable environment does not lead to more operators becoming insolvent, doesn’t lead to poor network quality, government not being able to achieve its revenue expectation and investors not being able to get returns on their investments.”

Some of the daunting problems Goodluck highlighted are problems around affordability of available spectrum, multiple taxation, industry-targeted tax such as the communication service tax (CST) which the government is trying to impose in Nigeria, among others.

He noted that because of high cost of spectrum, “most operators in SSA now are in the throes of expanding their 3G and 4G networks, and perhaps the biggest constraint is the availability of predictable spectrum.”

In a separate comment, Olusola Teniola, president of Association of Telecommunications Companies of Nigeria (ATCON) had sounded the warning that operators are no longer investing due to many stifling challenges as much as expected to expand and improve services in the country.

He said: “Unless there is a conducive environment that allows for the security and safety of telecoms infrastructure, moderate taxes, and other related factors, it is very difficult to see how our members will be encouraged to invest in deploying additional infrastructure.”

Whereas, the need for more investments in the sector to bridge infrastructural deficits cannot be overemphasized as there are still market gaps to bridge and about 40 million people yet to benefit from the digital evolution of the country.

According to Umaru Danbatta, the executive vice chairman (EVC) of the Nigerian Communications Commission (NCC), the current level of investment “is by no means adequate for one of the fastest growing telecommunications markets in the world (Nigeria).

“The capital intensity of the industry, the need for service providers to increase their infrastructure deployment to satisfy the ever-increasing demand, creates room for double the size of this investment in the next ten years.”

He noted that four years ago, the foreign direct investment (FDI) and local investment profile in the telecoms sector stood at $38 billion before his resumed office in 2015, noting however that, investment in the sector has grown significantly to over $70 billion as at today.

Speaking at the maiden Nigerian Telecom Leadership Summit (NTLS) held in Lagos in 2019, Danbatta, had noted that “the volume of telecom investment in Nigeria is very impressive and indicative of a very fast-growing and resilient sector of the economy.”

He however admitted that competition for FDI was becoming fiercer among different nations, suffice it to say that countries with difficult or hostile operating environment, will not attract enough of such foreign funds to scale up the industry.

The NCC reported in 2016 that the investment in the sectors had peaked $68 billion from a paltry $60 million in 2001, showing high interest of foreign investors in the local market since most of the money is FDI.

The sector grew again in 2017 by additional $2 billion when Danbatta announced its worth to be standing at $70 billion.

Two years after, in May 2019, the telecoms umpire, NCC, came out again to report the same figure of $70 billion as the worth of the industry.

According to industry pundits, this indicates the rising loss of appetite of investors to keep staking their fortune on the sector due to hostile actors that hit into their margin.

Meanwhile, Goodluck of GSMA has also reiterated that it is very clear that anything that punishes telecoms investments will have a very direct negative consequence on internet adoption, broadband and smartphone penetration, among others.

Using the proposed communications service tax (CST) of nine per cent being mulled in Nigeria as an example, he said the tax one of great concern for the industry.

“I think, all stakeholders in the sector need to pay particular attention to this because it will bring significant negative consequences to the industry.

“This will be an additional burden, and for the lack of a better word, it will cripple the digital economy, mobile penetration, Internet adoption, and broadband deployment of the Federal Government of Nigeria.”

In a view to addressing pressing issues in the sector and protect telecoms investments, Goodluck said the spectrum administration much be reviewed,

“We need to have policies and regulations that encourage operators to continue to invest in broadband network. Government must also create the enabling environment, must look at reducing taxation, unlocking the Right of Way logjam, and liberalise issues around it.

“Government must also ensure there is transparent access and affordable spectrum. Government must look seriously at affordability barriers, and ensure that we do not do things that further create more and more barriers to the industry,” he said.

Although Danbatta has stated that, as the 4th Industrial Revolution blurs the lines between the physical, biological and digital boundaries, the industry will continue to witness challenges of investments to match growth and technology evolution dynamics.

In this age, broadband is of critical importance with its potential to improve the economy of many nations, he noted.

“We may all be aware of the empirical study by the World Bank, which suggests that for every 10 per cent growth in Broadband penetration results in 1.34 per cent in Gross Domestic Product (GDP) in developing countries.

This is one of the reasons why we have developed the regulatory and licensing framework to accelerate broadband availability, accessibility and affordability,” Danbatta stated.