Chief Executive Elon Musk said Tesla Inc robotaxis with no human drivers would be available in some U.S. markets next year, continuing a habit of bold pronouncements that have excited many investors while often missing deadlines. 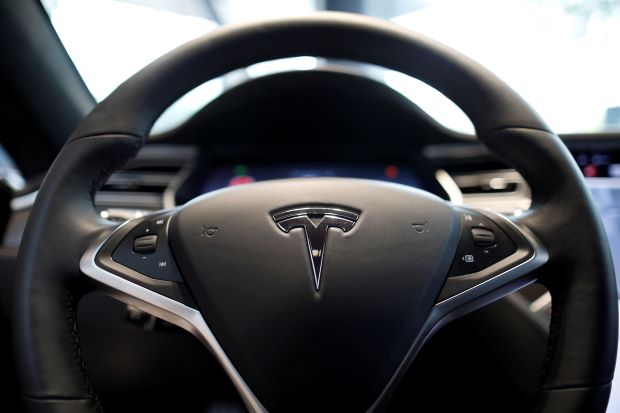 “Probably two years from now we’ll make a car with no steering wheels or pedals,” Musk predicted, while acknowledging he is often late to meet aggressive targets.

Central to this promise is a new microchip for self-driving vehicles unveiled by Musk on Monday during a webcast presentation. Made by Samsung Electronics Co Ltd in Texas, the chip now in all vehicles is hoped to give Tesla an edge over rivals and show its massive investment in autonomous driving – described by Musk as “basically our entire expense structure” – will pay off.

The webcast presentation came two days before Tesla is expected to announce a quarterly loss on fewer deliveries of its Model 3 sedan, which represents Tesla’s attempt to become a volume car maker.

After launching the event with detailed technical descriptions of Tesla’s progress on hardware and software by top executives, Musk began hawking the Model 3 and its potential.

“The fundamental message consumers should be taking away today is it’s financially insane to buy something other than a Tesla. It’s like buying a horse,” saying Tesla was the only company to have a full self-driving suite of hardware.

Tesla’s use of the term “full self-driving” garners criticism, as it sells such an option today that is not yet “Level 4,” or fully autonomous by industry standards, in which the car can handle all aspects of driving in most circumstances with no human intervention. Musk has said that with the hardware complete, improvements in software will allow vehicles to fully drive themselves in future.