The American Chamber of Commerce in China, on Wednesday, said that any deal to end the trade tension between China and the U.S. must address structural problems in China’s economic system as uncertainties springing from the Chinese working environment plague U.S. businesses in China. 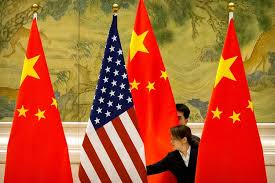 Long considered the ballast in a relationship fraught with geopolitical frictions, the U.S. business community in China in recent years has advocated a harder line on Beijing’s trade policies.

“Crucially, the mood has shifted,” the American Chamber of Commerce in China said in a statement accompanying its annual report on China’s business climate.

“The U.S. business community in China, so long an advocate of good bilateral relations, can no longer be relied upon to be a positive anchor. U.S. companies continue to face an uncertain operating environment in China amid decreasing optimism about their investment outlook,” it said.

The world’s two biggest economies are nine months into a trade war that has cost billions of dollars, roiled financial markets and upended supply chains.

China has responded with its own tit-for-tat tariffs on U.S. goods.

The chamber said tariffs had negatively affected many of its members who “are not necessarily supportive” of their use, but earlier attempts at dialogue had failed to balance economic relations.

“We understand that any true resolution of the current dispute requires addressing the structural issues … that have long hindered importation of U.S. goods and services and operations of U.S. businesses in China,” the chamber’s chairman, Timothy Stratford, said in the report.