U.S. Transportation Secretary Elaine Chao said on Wednesday it was “very questionable” why some safety features were not required on the Boeing Co 737 MAX, ahead of a much-anticipated Senate hearing where leaders in her department will be questioned about two recent 737 MAX crashes. 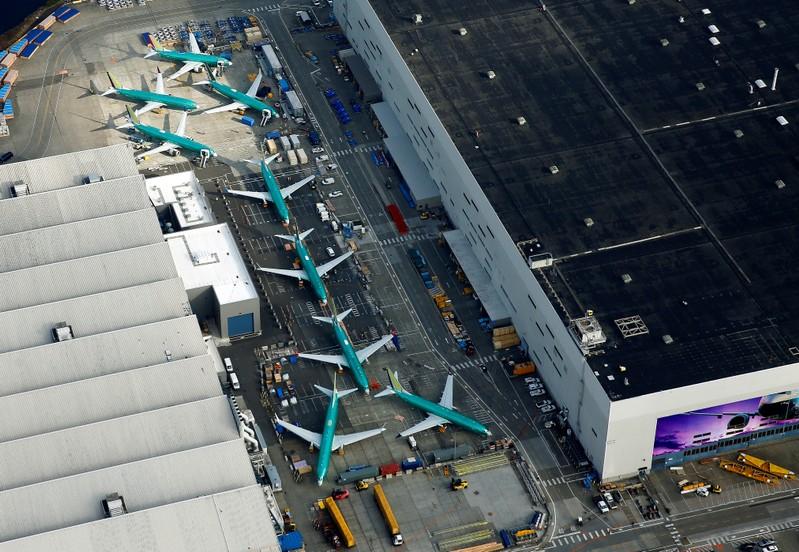 Chao stopped short of saying the government would require retrofitting all aircraft with new safety features.
“I don’t think we are there yet, but it is very questionable if these were safety-oriented additions, why they were not part of the required template of measures that should go into an airplane.”
Senator Dianne Feinstein, a Democrat, said she was considering introducing a bill that would require “key safety equipment” be included in “basic plane sale costs… I feel very strongly that key safety equipment should be included in the basic sale price of a plane.”
Chao said “it’s troubling that if indeed it was a safety feature that it was not included.”
Reuters reported last week that Boeing plans to mandate a previously-optional cockpit warning light as part of a software update to the 737 MAX fleet that was grounded. That feature might have warned earlier of problems that possibly played a role in the crashes of Ethiopian and Indonesian planes that killed almost 350 people.
Boeing is expected to disclose details of its anti-stall software upgrade on Wednesday and confirm plans to make the alert mandatory.
At a Senate Appropriations subcommittee hearing on the Transportation Department’s budget, Chao said the issue will be reviewed by an outside committee and the department’s inspector general.
Senator Joe Manchin, a Democrat and pilot, questioned Chao why it took the Federal Aviation Administration so long to ground the 737 MAX while regulators around the world moved faster to halt planes.
He also questioned why safety features were not mandated by Boeing or the FAA. “It looks like we are following,” Manchin said, adding it was “just wrong” not to require the alert.
Chao defended the FAA’s decision-making as a “fact-based” review and decided to ground the planes after it received new satellite data and evidence at the scene.
The FAA has said it will review the software upgrade and plans to mandate it by April but has emphasized that it will not agree to unground the planes until it has more details about what led to the March 10 Ethiopian Airlines crash.
Senator Ted Cruz, who will chair the hearing later on Wednesday, said on CNBC, “Another major area of inquiry is the process of certification of the 737 MAX to begin with.”
“Why didn’t this process catch this problem if this was the cause of the accident?”
Chao said 1,461 Boeing employees are involved in certification. She defended the FAA’s decision to allow Boeing to perform much of the certification work for the government.
U.S. Transportation Department Inspector General Calvin Scovel will testify that the FAA will significantly change its oversight approach to air safety by July 2019.
At the same hearing, the FAA’s acting administrator, Dan Elwell, will tell a Senate Commerce Committee panel the agency’s oversight approach must “evolve.”
Scovel’s testimony for the hearing first reported by Reuters says that in response to a 2015 inspector general report, the FAA agreed to improve oversight of organizations performing certifications on its behalf.