Nyesom Wike, governor of Nigeria’s sub-national oil-rich Rivers State has accused the Federal Government of planning to use the Office of the National Security Adviser (ONSA) to ask all internet service providers (ISPs) to shutdown internet access during the forthcoming elections. 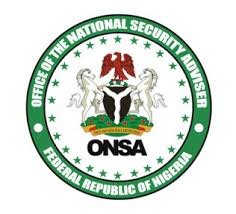 To achieve that Wike alleged that ONSA has directed the Independent National Electoral Commission (INEC) to work with internet service providers to deny people internet access during the polls.

According to him, “shutting down internet access by the ONSA and INEC is aimed at facilitating the rigging of the forthcoming general elections.  The first stage is the presidential and national assembly elections on Saturday, 16 February; while the second batch would be the governorship and state assemblies on March 02.

The vociferous governor spoke on Thursday during a courtesy visit on him at government house Port Harcourt by the Savannah Centre Council on Peaceful and Violence-Free Polls (SCCPVFP) in Nigeria led by Ibrahim Gambari, former United Nations under-secretary.

Should internet access be shut down by ISPs in Nigeria, some 103.67 million internet most active users (MAUs) across the country would be affected, since Nigeria has Africa’s biggest internet penetration, according to the Nigeria Communications Commission (NCC).

Founder of Savannah Centre Council on Peaceful and Violence-Free Polls in Nigeria, Gambari, a professor, speaking in Port Harcourt, Rivers State capital, called on all stakeholders to “work towards peaceful and credible polls.”

He said that the group has been involved in extensive research and consultations to promote peace; noting that peace and development were intertwined, hence they must be encouraged.

Gambari then urged Governor Wike to use his national contacts to enhance the culture of peace.

But Wike informed the former UN under-secretary that, “the National Security Adviser has met with INEC to ensure that internet service providers shutdown the internet, so that foreign bodies won’t see what’s happening in the country during the elections.”

“They will jam all the frequencies and internet services to stop real-time communication during the elections. This plot to rig the forthcoming elections is a recipe for violence,” the Rivers state chief executive alleged.

He warned that “they will not succeed in whatever they are planning. The world will be informed about their criminal activities.”

Wike claimed that the alleged negative actions of the Buhari administration indicate that they will not accept defeat when they lose the forthcoming elections. I don’t think this administration will willingly accept defeat. They should emulate former president, Goodluck Jonathan, who lost (the 2015 presidential) elections and accepted the outcome. There was no litigation. He went back home, and did not generate crisis,” he added.

He advised President Buhari to emulate Goodluck Jonathan, immediate past president, whom he said, “placed Nigeria above personal consideration.”

He argued that the conduct of credible elections rests squarely with security agencies and the INEC; stressing that “once the two agencies act within the law, the polls will be credible polls.”

Meanwhile, Oshita Oshita, a professor and former director-general, Institute for Peace and Conflict Resolution (IPCR), urged the governor to continue to work in the interest of peaceful polls.