Nigeria’s 2019 election is a two horse race with unflattering candidates: the incumbent, President Muhammadu Buhari, and Atiku Abubakar, who was vice-president under President Olusegun Obasanjo from 1999 to 2007. Thankfully things are changing, albeit at less desirable pace. 91 political parties registered to contest in this year’s race, and Independent National Electoral Commission (INEC) said a total of 79 parties presented candidates. The reality is that one of the two leading parties will emerge as this year’s winner of the presidential race. 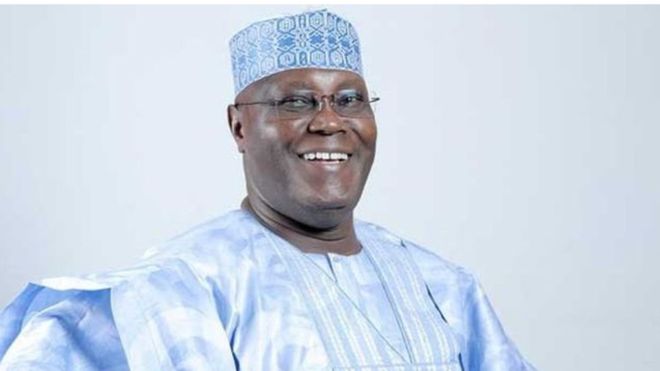 In a situation like this, we are naturally faced with questions such as what do I do? Should I bother to vote? Should I vote Kingsley Moghalu, Donald Duke, Samuel Eke or anyone of the other aspirants? I say STOP, THINK, STRATEGISE, DO NOT WASTE YOUR VOTE & DO NOT PROTEST VOTE.

Why should I vote Buhari who spent 15% of his first term receiving treatments, and who appears to be focusing on tackling corruption and developing infrastructure, almost at the expense of developing human capital and visible hardship to the populace? Or should I even vote Atiku, one of the founding members of PDP, who moved from PDP to APC and then back to PDP, and who has multiple allegations of fraud and corruptions levelled against him?

I urge you fellow Nigerians to vote strategically. Buhari ruled for four years under the umbrella of APC. He was poorly, and left us with Osibajo when he was indisposed. Together with cabinet members, the party focused on an aggressive agenda of combating corruption and making Nigeria a century 21st economy . These are commendable agendas, which in hindsight could have been communicated and approached differently, so that we brace ourselves for the bumpy ride. The journey has always been an 8 eight years train ride, which promises a lot of sunlight that will alleviate poverty and make Nigeria a force to be reckoned with at the end of the tunnel. So do we proceed to the “Next Level” or render phase 1 non- effective?

Atiku was VP for 8 out of the 16 years of PDP reign. Oil revenue during PDP era was at a point three times what it currently is. However, Nigeria did not see tangible developments that are commensurate with the level of revenue generated, but instead, we hear of lamentable thefts and frauds allegations that were committed by PDP members which are proportionate with the nation’s earnings at the time?

With the credentials of the above two candidates, any logical person will be tempted to throw the baby out with the bath water by not voting Buhari because he did not provide us with the quick fixes we all craved, and on the other hand, voting Atiku will be politically suicidal because firstly he appears to be highly unstable by moving back and forth between political parties, secondly his friends are also politically confused, unstable, and morally defective, and I cringed to imagine what will become of Nigeria if Atiku is voted in. So repeating the questions posed earlier

a)should I abstain from voting?

b)or should I vote for one of the other hopefuls, even though I know they are unlikely to win, and if in the unlikely event that an inexperienced candidate wins 2019 presidential race, what is the guarantee that he or she will get it right first time? Frankly speaking Nigeria is at a crucial stage of its development, and trial and error could set us decades backwards

In conclusion, please do not to abstain from voting because it allows you to have a say in the setting of Nigeria’s strategic objective and governance. Please do not to vote for one of the aspiring nominees for all the reasons stated above and because casting your vote to an unlikely new entrant equates to wasting your vote, and thus making it that much easier for the candidate you mostly do not want to win to win. I therefore urge you at this 99th hour to vote the lesser of the two evils, which is clearly Buhari. The worst that can happen in view of Buhari’s poor health, which has visibly improved, is that we gain Osibajo in the unlikely event that President Buhari decides to step down.

Let’s go on the “Next Level” ride! God bless Nigeria

Anuoluwapo @ff is a Nigerian in the Diaspora