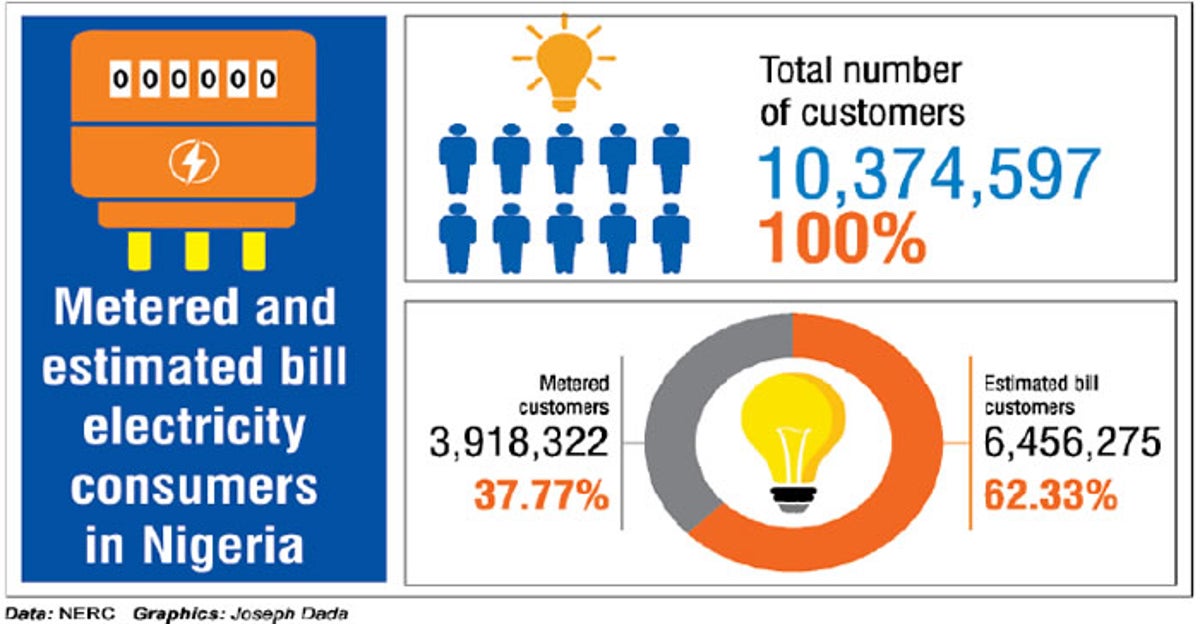 A total of 6,456,275 electricity users in Nigeria have not been metered and will have to pay a newly approved increased fee when purchasing meters.

This group of unmetered customers get estimated electricity bills from their respective power distribution companies and have to pay the newly approved increased rates for meters when purchasing the commodity.

Power consumers would start paying more for prepaid meters as NERC had approved a hike in the prices of meters.

James Momoh, the NERC chairman, confirmed this and stated that the commission pegged the new prices pursuant to section 19 (d) of the Meter Asset Providers regulation.

Providing reasons for the increase in meter cost, the commission explained that the hike in foreign exchange rate by the Central Bank of Nigeria was a contributory factor.

The NERC admitted in its fourth quarter 2019 report released on June 5 that the metering gap for end-use customers was still a key challenge in the power sector.

“Thus, 62.33 per cent of the registered electricity customers are still on estimated billing which has contributed to customer apathy towards payment for electricity.”

It noted that in comparison to the third quarter, the number of registered and metered customers increased by 7.23 per cent and 0.59 per cent respectively.

The NERC introduced the MAP scheme in 2018 to help bridge the country’s metering gap.

It had also directed Discos to engage the independent meter providers beginning from April 3, 2018, when the 2018 Meter Asset Provider Regulation became effective.

But the introduction of meter asset providers had yet to bridge the country’s electricity metering gap two years after the scheme came into effect.

Meanwhile, the Speaker of the House of Representatives, Femi Gbajabiamila, on Tuesday, inaugurated an Ad Hoc Committee on Power Sector Reforms charged with the responsibility of undertaking a holistic review of the power sector in Nigeria and recommending appropriate legislative actions.

Gbajabiamila stated that there was no going back on the move to end estimated billing, also referred to as ‘crazy billing’, by the Discos.

He said the setting up of the committee, chaired by the Majority Leader, Alhassan Ado-Doguwa, became necessary following a resolution by the House to ensure a comprehensive review of all legislation relating to the power sector.

He said, “Our nation has long struggled with the problem of fixing the power sector in Nigeria and getting it to work in the optimal interest of all our people.

“We have not succeeded despite the best efforts of many. The consequences of that failure are evident in the many industries that have collapsed across the country.”

Earlier, Ado-Doguwa said despite the huge investments made in the power sector over the years, Nigerians hardly felt the impact.