The International Food Policy Research Institute (IFPRI) has called for action to save the world, as climate change threatens to push 80 million off food supply by 2050 if unaddressed. 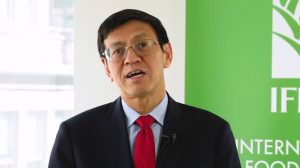 Sheggen Fan, director general, IFPRI, said agri-food systems have been central to recent unprecedented reductions in poverty, hunger, and undernutrition. Yet agri-food systems face mounting climate impacts that threaten their ability to feed a growing population, all the while global hunger and food insecurity are once again on the rise.

“Averting a global crisis is possible but the window is closing. Implementing the right evidence-based policies and investments is urgently needed. Research to inform these policies and investments will be crucial, particularly in light of declining funding to agricultural research in Africa, which threaten to decrease productivity and increase risks of food insecurity and malnutrition, migration, deforestation, and biodiversity loss,” Fan was quoted in a statement, ahead of the 2019 UN Climate Action Summit coming up September 23.

In order to meet the Global Commission’s call to action, Fan said the Consultative Group on International Agricultural Research (CGIAR), the world’s largest agriculture research network, would need greater support to continue supporting 300 million small-scale farmers and to feed the world nutritiously to withstand the impacts of climate change.

“To meet the challenges that confront billions of people around the world, the key is to begin scaling up solutions now,” he noted.

“The good news is we have a system for confronting these challenges: the CGIAR system operates at the scale needed; in the places where the threats loom largest; and has a strong track record of success. Scaling up the CGIAR is a ready and powerful lever for confronting climate change,” Arndt said.